I'm hooked on Under the Dome, but I wish it had something a bit more positive to say about people 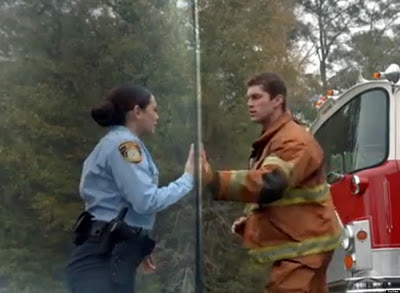 I watched Under the Dome last night right after I watched the Blackhawks clinch the Stanley Cup on national television (for the record, this Blackhawks fan never had any doubt). It'll be nice though next season to see the guys clean-shaven again. I know it's superstition, but not a fan of the Grizzly Adams look.

So here's my confession regarding Under the Dome. I haven't read it. I've only read a handful of Stephen King books. They are Needful Things, The Shining, Dark Tower, and Eyes of the Dragon. I never went "nutso" over Stephen King. He was just one of those authors that I enjoyed every once in a while, but not more so than most any other author that writes speculative fiction these days.

So I go into the pilot episode of Under the Dome without any preconceptions of what's going on or what to expect, and I find myself asking: are people really crazy like this? I realize it's just a fiction, but Mr. King is a profound observer of human nature, and I think he provides us with a "boiled down" reflection on an ugly truth: a lot of us are only civil toward one another because the law makes us behave. All you have to do is check the Yahoo Finance page articles for comments left by people, and you'll see more hate speech and ugliness than you can probably stomach. Just an example: people referring to democrats as "libtards", which is not only a terrible insult but shows the depth of how people 1) are always looking to blame someone else for a problem and 2) how much people hate others that do not share their political views. On a recent article, there were several comments calling for civil war (this basically spurned by the recent drops in the stock market due to panic and fear over the notion that the Federal Reserve may seek to taper its bond-buying program if the economy shows it can stand on its own--a thing that should be welcomed as good news).

In a science fiction setting, it's easy to lose track of the message that people are scum, but it's there if you look for it. Take Berk in Aliens when he screws over everyone with his plan to get the alien xenomorph impregnated in Ripley and Newt and then, he gets caught. Well do people really screw over other people for money? Yes, yes they do. Just this weekend a man was killed over a pair of Lebron James basketball shoes. Let me repeat that because it's a sad sad thing in our country: A MAN WAS KILLED FOR A PAIR OF SHOES. Like WTH?

Of course the news tells us of the Adam Lanza's who murder a school full of children, they tell us of the mad men who drive planes into skyscrapers for the promise of an afterlife that fulfills every one of their desires, they tell us of the Ponzi schemer who bilks people out of their money to live high on the hog, and the list goes on and on and on.

There are so many horrible things that people do to others out of jealousy, anger, hatred, contempt, greed, and fear that I suppose the veil of civilized society is a more delicate thing than I could have imagined. Maybe I've lived under a dome all my life having come from a small town. Now living in a big city, the blindfold over my eyes has been removed. That and I'm in that stage in my life where I absorb a ton of information every day on things that I previously ignored.

So in Under the Dome is it any surprise that the boy athlete from college in love with his girlfriend decides to imprison her in an underground bunker so that she'll realize she loves him (and probably to make sure her vajayjay doesn't go wandering)?

Am I shocked that we are introduced to a drifter named Barbie who kills a man for money, disposes his body in the woods seemingly without guilt and then drives into town only to turn around and save a few people? How can someone demonstrate compassion and be a killer in the same day? I've heard stories of the Juarez Cartel employees in Mexico. Apparently they can behead people that the cartel wants killed and go home and have dinner with their families and children and go to church the next day.

Am I surprised that a reporter whose husband is missing instantly leaps to the conclusion that her husband is having an affair instead of saying, "Oh this is unusual that he's missing"?

Or what about the council man who hints at something illegal that he's been doing while the Sheriff has been looking the other way? I guess we should just expect that corruption in politics goes all the way to the roots. If you run for any kind of public office, you are corrupt. Let's add ambition to the list of things that motivate people to screw over and hurt other people.
I'm hooked by Under the Dome, but I wish it had something a bit more positive (naive of me I know especially given that King is a horror writer) to say about Americans or maybe people in general (I only say Americans because it takes place in a fictional America). But it makes me question if the Earth is a dome. As it becomes increasingly more crowded with people, and resources shrink, are we all going to be able to get along with each other? There's going to be fewer and fewer places for people to run to in order to escape other people. I just hope the legitimately good people in the world don't all end up like the poor fat kid with the glasses in The Lord of the Flies.
Posted by Michael Offutt, Phantom Reader at 12:23 AM

Email ThisBlogThis!Share to TwitterShare to FacebookShare to Pinterest
Labels: I'm hooked on Under the Dome but I wish it had something a bit more positive to say about people, Stephen King, Under the Dome