This post grew out of a discussion I had with Roguemutt on his post yesterday that has to do with his novel, "Where You Belong" which I'm enjoying. However, one of his characters is gay and some of the stereotypes straight writers use when they are writing gay characters are annoying so I thought I'd point them out to you so you could STOP IT! Credit goes to writer Melinda Lo who provided much of the analysis presented here. 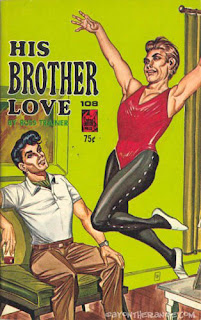 1.) The effeminate gay man. For many gay people, the flaming queen is a mixed blessing. I’m not denying that flamboyant, feminine gay guys do exist. In fact, one could argue that they paved the way for many folks to come out of the closet because it is impossible to hide their sexual orientation. It takes a ton of courage to be out as a flamboyant gay man in our culture.

But in many representations of gay men, being effeminate is dismissed as a joke — as something to laugh at or as entertainment. Being labeled as effeminate can also result in physical assault, verbal abuse, and murder. Keep this in mind if you’re writing about a character who is a feminine boy: Understand that living in the world is a more dangerous place for him because he presents as feminine. And if you describe a gay character in feminine terms, ask yourself: Why have you chosen this kind of representation? How does that change him? It’s not just about acting like a diva and being a girl’s best friend. 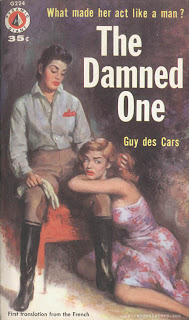 2.) The mannish lesbian. Similarly, butch women have also been on the front lines of gay representation, because this is what mainstream society tends to recognize as lesbian. But unlike stereotypes of feminine gay men, the masculine woman is rarely seen as something fun or entertaining. Mainstream society often condemns her as unnatural, or as a threatening figure. It also takes a lot of courage to walk in the world as a butch lesbian. To endure taunts and about your lack of femininity; to battle for your right to wear what you want. In the worst cases, those taunts can result in violence. From day 1, it seems, our culture encourages little girls to love the color pink and to want to be princesses. If you don’t want to do that, you challenge a deeply held belief about what a girl is. So if you’re writing about a lesbian who is masculine or butch, keep this in mind: Being butch doesn’t mean that you want to be a man. It’s a different way of being a woman.

3.) The promiscuous or devious bisexual. The stereotype of the bisexual as promiscuous or deceptive is probably less prevalent in YA than in adult fiction, film, or television, largely because this stereotype involves sex. But keep it in mind if you’re writing a character who is bi.

4.) Dead gays. Gay characters created for the exclusive purpose of winding up dead in your fiction. Think of the Star Trek redshirt. Example in film: The Sopranos (only gay character dead). Orson Scott Card also uses gays as cannon fodder.

5.) The Pregnant Lesbian. For some reason, people who write lesbians think they're being incredibly original by having a story about a lesbian couple trying to get pregnant. This has been done exactly 2 million times before. It creates a scenario where, despite not having relationships with men, the lesbians still need men desperately. 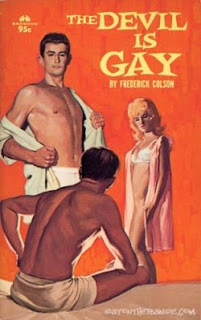 6.) Homosexuals as villains. It's been done over and over and over. IT'S NOT ORIGINAL. IN FACT, IT'S CLICHE AND I WISH YOU WRITERS OUT THERE WOULD GET IT THROUGH YOUR HEADS THAT HOMOSEXUAL DOES NOT EQUATE TO EVIL. Here is the short list of films and books that I could think of where this occurs (there is more out there, this took me five minutes to compile). As you can indeed see by my list...yes, yes, yes, yes...this has been done before and is unoriginal.
Rant over. Have a great Thursday :)
Posted by Michael Offutt, Phantom Reader at 7:03 AM