The Matrix Resurrections trailer is here to remind us all of how weird the original Matrix actually is. 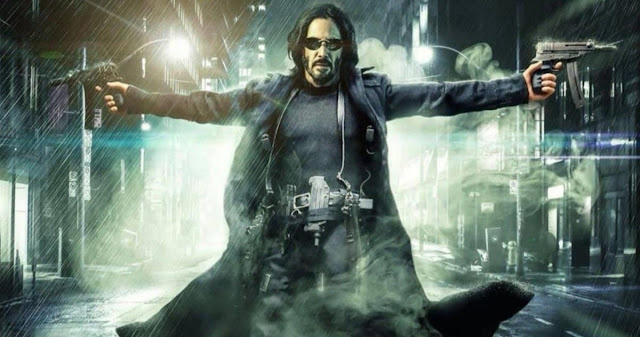 The Matrix: Resurrections trailer dropped sometime this week. You may have seen it. If not, I'll link it below. It got me thinking about one thing regarding The Matrix: it's a really unusual film trilogy. I mean...it really is...it's anachronistic. It didn't fit well in its era. There's nothing else like it. If I had to sum it up in a sentence to show you how weird it (and the circumstances around it) are it would be this way: the original movie is by two filmmakers who later became transwomen (or just women), and it's about an Asian American, a woman, and a black guy who team up to fight an army of authority figures who are all portrayed by white men. In 2021, there's nothing unusual about it. But the modern times are (if anything) a constant shit show. So The Matrix seems like a mirror to how uncomfortable our reality has gotten.

It's also weird that the original was co-opted by terrible people as an allegory for their suffering at the hands of woke culture. If you are unfamiliar with "Red Pillers," they believe that the original is about "Chads" and "Stacy's" waking up to the real world which is awash with traditional gender roles. This "waking up" process is swallowing the "red pill." Once they "wake up," then they advocate for "Men's Rights." Considering that we live in a patriarchy...it's weird to hear men advocating for "men's rights." As a man I can say we have a lot of rights, not including recent legislation in Texas (which is another kind of shit show).

As for the story, I have no idea how they are going to continue this thing. At the end of the last movie, there was a truce between humanity and the machines and the Oracle said that, "Anyone can leave the Matrix if they want to." And then the movie ended. We don't know if humanity tried to retake the surface world, and we don't really know what the "status quo" is.

However, and because The Matrix is really super weird, it's not a stretch to think that this December movie could also be a prequel. The Architect once spoke about one of the prior Matrixes that was the best possible environment. But it was too perfect, and it was rejected. Maybe the reason why things became destabilized is due to the Neo we know making his way back into that version of the Matrix and acting like a wrecking ball.

Side note==> Once again I give a golf clap to Grace Slick who sang the vocals for "White Rabbit," which is the song used throughout this trailer. I had a roommate in college (1989 folks) who was from Marin County, and Grace's daughter, China Kantner, had attended his former high school. He was completely in love with this woman, and he listened to "White Rabbit" over and over and over. I got so sick of it. So hearing it again? Yeah...I'm still sick of it. But, it was a good choice to convey those Alice in Wonderland vibes.

Posted by Michael Offutt, Phantom Reader at 7:29 AM

Email ThisBlogThis!Share to TwitterShare to FacebookShare to Pinterest
Labels: The Matrix, The Matrix Resurrections trailer is here to remind us all of how weird the original Matrix actually is