When people slow the pacing of their stories they end up better in almost every circumstance. 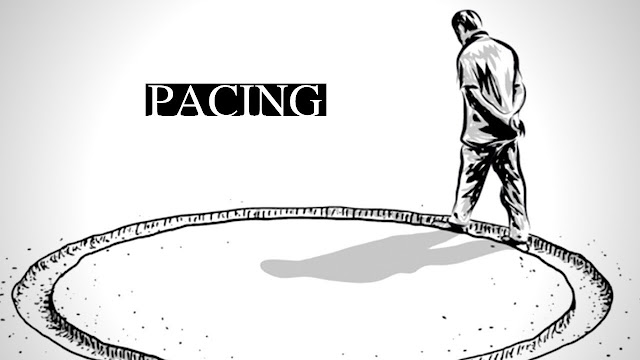 In thinking about Star Wars from my Monday post, it struck me once again how frenetic each episode of Star Wars is, whether it is in cartoon form, live-action, or in movie form. It's very much a hallmark of the way a Star Wars story is told. And I wonder why. I have a deeper appreciation for slower stories these days. I just finished a book wherein the main characters essentially got together to go and investigate a swamp and have a conversation with an immortal woman who could tell them all about the lands of the dead. That's it...that was the whole book. These days, most people might expect the travel to the swamp to be one chapter, the conversation with the woman who had knowledge about the lands of the dead to be another chapter, and then we are onto something new. Maybe an investigation of the lands of the dead for chapters 3 and 4?

Anyway, I'm glad that didn't happen in the book I read. It took all twenty-six of its chapters to do the above. And that would probably piss off a lot of people. But sometimes (I think) storytellers suffer from too much get up and go. Why do we need to visit three or four different planets in a Star Wars movie? What's wrong with just staying on one planet and that's it. I see the same thing in other franchises too (mostly kid stories...which may explain things as to why they are so frenetic). Why do we need so many characters? What's wrong with just having two or three? That seems like a good number.

I learned quite some time ago that sometimes I can get in a rush to want to get all of my ideas out in front of me. Whether I'm writing or talking, I can feel like there's a bottleneck happening, which can cause me to rush things before I think they are ready. What ends up happening is that the idea gets lost, or the thing I wanted to accomplish does not resonate like I thought it would. Pacing is everything to a story, and I've discovered that (for the most part) one should take it slow. It is better to err on being too slow than I think it is to err on the side of being too fast. However, I only say this because the kinds of stories that I like to read these days have to do with the character connections. Those need time to be nurtured in order to grow strong, and if the author tries to move along too quickly, then the whole thing ends up not making sense. Ultimately, it becomes unsatisfying.

As a result, I think I know why many movies written for kids now annoy me. The pacing is off...there is always too much going on. It makes me wonder why kids need all of that. Their brains should be in a place in life where they are actively seeing out causal relationships, which take time to build. So it's either kids are asking for this, or its a content generator's idea of what kids want to watch or listen to. And somewhere in this train of thinking, someone decided that throwing ideas like tennis balls coming from a machine was the right thing to do. That's how we get movies where a gajillion things are going on at the same time. The Transformer movies are nigh unwatchable because of this.

TL/DR version: The slow burn is good y'all.

That's my two cents. Any of you care to weigh in on pacing?

Posted by Michael Offutt, Phantom Reader at 7:39 AM

Email ThisBlogThis!Share to TwitterShare to FacebookShare to Pinterest
Labels: Good Writing, When people slow the pacing of their stories they end up better in almost every circumstance