I'm struggling as to why I should care of what happens to my estate after I'm gone. 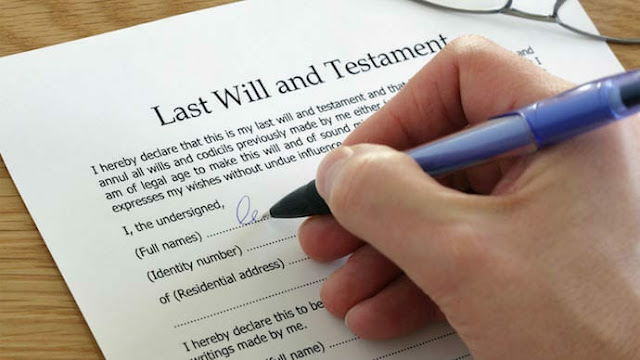 I have a hard time making sense of how a "Will" or "End of Life Planning" are applicable to me. This year I will be fifty years old. I'm single and have developed no loving attachments. I have no pets. My only parent will die of old age probably in the next ten years. I'm atheist, so I believe whole-heartedly that when I die that I have no afterlife. I just become nothing, which is what I believe I was before I was born. I won't care whether or not I'm buried, cremated, fed to sharks, dropped in a hole with no marker, scattered through space, or whatever. I'll be dead, and that is that. There is no caring after death in my particular view of life and how it works (science and all that). Some people can think of some very creative scenarios of what might be considered "desecrating remains," but in hearing any of these and the "if you don't plan, it could happen to you..." my response still never changes: I won't care. I'll be dead.

And although I have friends, I see no reason at this point why any of them should benefit from just having met me and watched a few movies with me while they pursued their own families and relationships and always put me on the back burner to anything that had higher priority. None of them ever came even close to making a "sacrifice" for me unless you want to count bringing me a bowl of soup when they had leftovers. I never faulted them for putting me as a low priority either, especially true of the ones who are unhitched. They gotta get out there and try to find support, perhaps an old-fashioned "meal ticket" or other such thing to bolster their income (sugar daddy or sugar momma anyone?). I can't fault anyone for making those choices. But I wouldn't expect them to want anything from me other than a, "Thanks, it was nice knowing you. If I wasn't dead, I'd miss pizza night."

This has all really come into focus this week as I was reminded of how much my house is worth in an ever-increasing market here in Salt Lake City (we are about to experience San Francisco prices for real estate y'all). If it wasn't for the house, I really wouldn't be worth much. But I've had some people express that I should do my end of life planning "just in case." My response was to laugh comedically (as if they told a joke) and said, "For what? I have no heirs. I don't care what happens after I'm dead, because I'm dead. There doesn't seem to be a point. The state or the Mormon church or anything really can have it all. I won't care."

Then the conversation became very serious. "You don't care what mess is left behind?"

I blinked and then in a less comedic tone said, "Well, there's no mess while I'm living. And when I'm dead I will be nothing...so... yeah, I don't care about any mess. I won't have to sort it out. It won't be a headache for me. I'll be dead, so I won't have headaches."

This was met with derision, revulsion, and even anger directed at me. All for pointing out that, I really won't care when I am dead.

Suddenly... a comedic comment had become way too serious. It was a discussion that I feel is not applicable to me (I'd welcome anyone to explain why it is). But there is a price that is paid for never making connections with anyone. I wasn't successful in finding love or finding anyone to care deeply for (at least up to this point in my life). The price I pay for that "lack of ability" is that my whole estate also goes to nothing in particular. I actually won't care what happens to this entire planet after I'm dead. If it gets struck by an asteroid and everything dies...I won't care.

It honestly feels like the people who want me to do end of life planning are trying to "shame me" for not being more attached to the human race. It's like that scene in Game of Thrones where the zealous septa follows Cersei around King's Landing ringing the bell and chanting, "Shame!" I loved it in fiction, but it's bullshit that someone would try to do that to me. I'm a man who's almost fifty. I can do what I want.

I've come to appreciate that life is a very strange thing. And life in capitalist America comes with its own layers, as people battle to try and obtain the "easy life" through inheritance. However, I think that most of the people who strive for this kind of thing are just malignant narcissists who feel entitled to other people's money. In addition, there are those people who do a lot of virtue signaling with regard to money. They say things like, "Money doesn't matter; it's people who matter." And then they live the life of choosing (always) people who are not me because attractiveness and sexiness matter a whole lot in the "fun" department. Look, I get it.

Okay then, I know a few of these folks. However, when the people who do this kind of thing find out that they will not benefit a cent from my death, a different discussion emerges. "Don't you care about me?" My answer, "Sure. I'll buy you dinner tonight." They respond, "I mean...after you're gone. Don't you want me to live a better life?" My (truthful) answer, "I won't care because I'll be dead. So no, I don't think at all of what will happen to you after I'm dead. But I care about you in the present." And then they say, "Well you should care in the future too." And then I say, "Why? Aren't you the person that says you prize people over money? Why is money so important now? If money was always this important, then maybe you should give me more attention than you do and put other people on the back burner. So what is it? Are people more important? Or is money more important? You can't have it both ways."

Anyway, this has become more of a rant than I thought it would be. But it has helped clear my headspace a bit as I struggle to understand why people say and do certain things, and why some may prioritize money over people...and yet say they prioritize (clearly) people over money.  Something is not matching up, and being "on the autism spectrum" it's a thing that I'm having a little trouble sorting out. Maybe in the end, people should just mind their own business unless they are willing (and able) to become a partner or a spouse. In that regard, I'm jealous. People who have found someone don't have to put any thought into whether or not they should do "end-of-life" planning. It should be automatic, as you have loved ones and heirs that are in your interest to help pad their lives going forward. As for us single, unattached folks floating out here bereft of anything even remotely called "attachment," the path beyond death is far more complicated. Maybe I'll just ratchet this whole thing up to being yet another "First World Problem."

If you have any opinions on what I've said above, I'd like to hear them in the comments. Maybe you can help to provide me with a little more clarity as to what I should do and why.

Posted by Michael Offutt, Phantom Reader at 7:12 AM

Email ThisBlogThis!Share to TwitterShare to FacebookShare to Pinterest
Labels: end of life planning, estate planning, I'm struggling as to why I should care of what happens to my estate after I'm gone