I cannot possibly live long enough to read all of the books on my ever growing list. 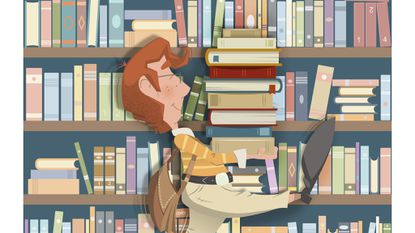 As most of you out there, I read a lot of books. However, I legitimately want to read more books than I possibly can in a lifetime, and being almost fifty, it makes me depressed that I won't finish them all. Here are just some that I want to read or am in the process of reading. In other words, I have them cued up.

For a while now, I've been enjoying Raymond E. Feist Riftwar books. But, I'm nearing the end of that lengthy list, and I started looking forward to what I wanted to read once I finished, and that's what led me to this post. So, when I get done with Riftwar, I'm going to read Ready Player: Two. I liked the first book, and the second one has been on my shelf for a while. There are also three novels in the Legends of the First Empire that I need to work through to finish that series off (it is by author Michael J. Sullivan). I want to start over with the Dune series to both refresh my memory and to push past God Emperor of Dune and finish what Herbert wrote as well as delve into some of the novels that have been put out by his son to see if any of those are any good.

I want to possibly revisit the Shannara books by Terry Brooks. There are dozens of them now that he's been publishing, and the last one I read was decades ago. I'm going to pick up after the book, Morgawr by Terry Brooks. I think that list has some 21 books in it alone, so I may not go too deeply and skip a bunch. But I am curious as I've enjoyed a lot of his world-building in the past.

I want to read the Demon Cycle books by Peter V. Brett. I've heard good things about these novels and there are like six or seven of them that I'd like to enjoy. I also want to re-read the Stephen King Dark Tower books (I think there are seven). I read most of them as they came out, which won't be the same as reading them as a binge so that the story is super fresh in my brain. Later this year the last book of the Expanse gets released. It is appropriately called Leviathan Falls. I guess we shall see if the human race can stand up to the aliens that wiped out the creators of the protomolecule.

There's some Piers Anthony books I want to finish that got added to a series after I thought he was done with it. I read them in my youth, and the series was originally called the "Apprentice Adept" series. I've read three of them but there are at least four more that continue the story. So, I plan on finding out what those tales have in them.

There's also the second Chronicles of Amber that deal with Corwin's son, Merlin, that I haven't read. Those are written by Roger Zelazny, and I'd like to see what those stories are about since I enjoyed the first Chronicles of Amber very much. I'd like to read some Anne McCaffery. I've never read any of her stuff, and it feels like I should get that out of the way.

There's a George Romero book about the Living Dead that I want to read that is sitting on my shelf at home. So gotta get to that sometime this year. I'd like to read the Ringworld series by Larry Niven. I've been intending to delve into that for some time now, and will be ordering the books soon.

Anyway, it seems like I've got the next five years of books planned out already, and it seems a bit daunting. Any of you out there have an ever expanding shelf of books that you really want to read?

Posted by Michael Offutt, Phantom Reader at 7:41 AM

Email ThisBlogThis!Share to TwitterShare to FacebookShare to Pinterest
Labels: I cannot possibly live long enough to read all of hte books on my ever growing list, too many books