Knowing that Game of Thrones only had five episodes left for its entire run made me more aggravated at A Knight of the Seven Kingdoms than I should have been. 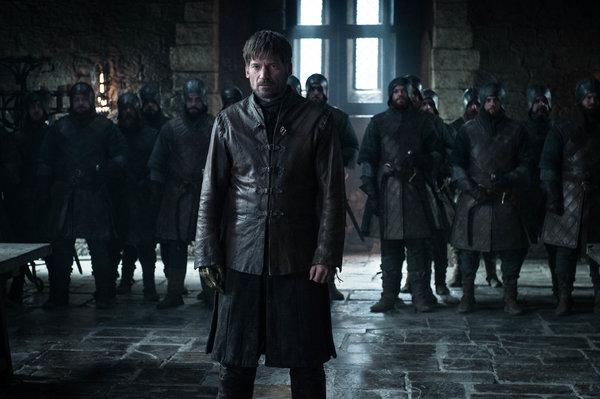 It's like I've become a bit of the Three-Eyed Raven, and I don't like it. I see the ending coming, I know how much time is left, and I want each second on screen to count. After last week's very slow episode in which much needed exposition took place, I was thinking that the last five episodes would move onto action akin to some of the biggest episodes that the series has showcased. So what we ended up getting in "A Knight of the Seven Kingdoms" felt a lot like filler. Honestly, it felt like a series of low budget, tight perspective webisodes to invest in characters than it did any kind of "cinematic." You know, the kind of webisodes that you click on to discover the backstory of a character that's killed off in the main show, but which you know has no special effects budget at all. This is what the entire episode felt like, albeit with beautiful set pieces.

I mean, they didn't get into any White Walker action so at least they could flash over to something that maybe Cersei was up to? But they didn't do that at all either. But my Three-Eyed Raven powers kind of "get it." Half to 75% of these characters won't survive the next four episodes, so it was a final opportunity for them to just sort of sit around and do whatever the hell they wanted. In Dungeons & Dragons, we call this kind of housekeeping "downtime." But here's the thing...if they wanted to do a lot of this, why did they only make six episodes for this season? They could have done a bunch of filler episodes and had a full season of ten episodes. It doesn't make any sense, and it's deeply frustrating. Sigh.

However, it was still a good episode, just an unsatisfying one. We did get to see Arya and Gendry get it on so that was kind of fun. And nothing beats the sloppy love stares of Tormund Giantsbane that are directed at Brienne. I also loved that Brienne was knighted by Jaime Lannister, an honor that she has deserved for a long time. Oh and nothing is ever going to get the vision of a naked Tormund in bed sucking on a giant woman's nipple out of my head. Nothing.

1) Did anyone notice the White Walkers all have dragon-slaying javelins now in hand?

2) I like Arya's staff. She practiced with one against the waif for so long, it seemed a natural fit. I bet she protects Bran while he waits for the Night King.

3) How the Hell are they going to stop Viserion from just torching all of Winterfell? This was a plan that they should have come up with. Something...anything...to stop the big undead dragon would have been nice to hear.

4) Does it bother anyone else that everyone is focused on "What comes after" when they don't know if there's even going to be an "after?"

5) I guess next week is when we see the biggest battle that has ever been filmed. It's been a solid lead up to it. But I think the remaining two episodes will feel like some kind of rushed cleanup. I am kind of disappointed that the climax will apparently be Winterfell and the White Walkers will probably get stopped there or all is lost. There really isn't time in two episodes to have them travel south in a path of destruction. At least it doesn't seem that way to me.
Posted by Michael Offutt, Phantom Reader at 12:20 AM

Email ThisBlogThis!Share to TwitterShare to FacebookShare to Pinterest
Labels: Game of Thrones, Knowing that Game of Thrones only had five episodes left for its entire run made me more aggravated at A Knight of the Seven Kingdoms than I should have been