Here are five assorted musings that I have regarding Cars 3 which is excellent by the way. 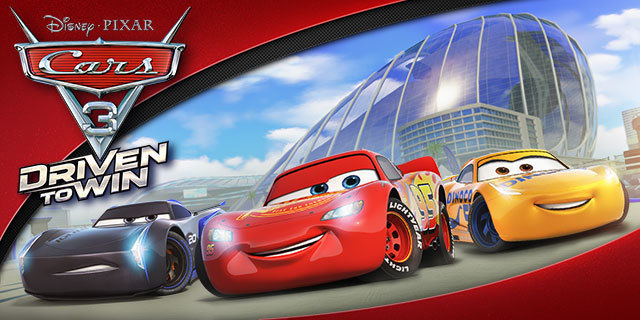 Last night's Cars 3 was a good movie in the Pixar line, easily on par with the original Cars and much better than Cars 2. I came away from the movie with several observations, and this review (of sorts) has spoilers in it. YOU HAVE BEEN WARNED.

1) The Pixar short (which is called "Lou") that runs in front of the movie is totally worth getting there early to see.

2) Cars somehow brought back Paul Newman's ghost for new lines in this movie. If you remember, Paul Newman had a HUGE role in the first movie as he was Doc Hudson, Lightning McQueen's teacher. If you haven't watched Cars in a while, I recommend watching it before you go to Cars 3, because it relies heavily on that source material. I also need to research how Pixar got the lines it used from Paul Newman (who died in 2008). So there is that mystery to solve.

3) The animation is the most spectacular I've ever seen come out of Pixar, and that's including even Finding Dory (which looked spectacular). If it weren't for the fact that the characters had a cartoony look, everything would be absolutely real down to the individual leaves on the trees.

4) I only spotted three Pixar easter eggs. The first was A113, which is on the door of the CEO of RustEze, Lightning McQueen's sponsor for the races. The second is a still for the Pixar movie CoCo which has been seen in the commercials for it (it's Pixar's next movie). Of course Dinoco was there, but Dinoco has been pretty prominent in the franchise, so I don't really count that as an Easter Egg since their CEO has plenty of speaking parts. The third easter egg that I spotted was "Lightyear," the brand name emblazoned on Lightning McQueen's tires. It's obviously a nod to "Buzz Lightyear" from Toy Story.

5) After much deliberation by my friend Brad Habegger, he has said that the homonculus theory of Cars doesn't hold up if we consider that there are no insects in this world. Rather, there are little flying cars with wings. I talked about the homonculus theory on this post. He also pointed out that the theory (if it were correct) actually makes the world less horrific. His point was that the way it stands now...that these cars are sentient beings...means that when they are getting their tires removed and other things replaced it's literally like stripping the skin and appendages off of a living thing. So I guess I agree with him. So maybe Cars (even with the Easter eggs) takes place in a universe that is separate from Toy Story and Finding Nemo.
Posted by Michael Offutt, Phantom Reader at 12:35 AM

Email ThisBlogThis!Share to TwitterShare to FacebookShare to Pinterest
Labels: Cars 3, Here are five assorted musings that I have regarding Cars 3 which is excellent by the way