The June question for the Insecure Writer's Support Group is all about quitting. 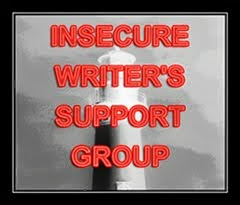 Well, another month has passed, and it's time for the Insecure Writer's Support Group post. If you've never heard of it, you can go HERE to sign-up.

This month's question is:

"Did you ever say 'I quit'? If so, what happened to make you come back to writing?"

At first I was going to answer "no" to this question, but I realized it wouldn't be true. In high school, I wrote a novella for a creative writing class on a typewriter of all things, and it was a pretty draining project. It also ended up being pretty poor. I pressed what few friends I had (back in the day I was not a popular kid) to read it, and I could tell it wasn't good from their reactions (although they tried to find positive things to say about it). Anyway, it was an exhausting thing to produce, and I was glad it was done. I pretty much quit after that for many years.

I'm not sure what brought me back to writing, or if it was any one thing. I remember the night I started tapping away at keys. I'd bought a new computer, and I'd been playing a lot of World of Warcraft on it. It was a warm summer night and I was sipping a cool drink by an open screen door. And I just wanted to write about something. I wanted to use this computer I'd bought for something more than video games. It doesn't sound very glamorous at all. There really wasn't any big revelation or anything like that. It was just more of a "want" to use some equipment that I'd invested a thousand bucks in for more than just entertainment.

I suppose that once a writer always a writer. We probably all share that bug in us, some obviously more than others.
Posted by Michael Offutt, Phantom Reader at 12:01 AM