These are my favorite poster posse tributes to Wonder Woman which slayed at the box office this weekend.

Poster Posse celebrated the Princess of Themyscira by releasing a bunch of really cool posters that were all about Wonder Woman. Below are my favorite, but you should totally peruse the collection. 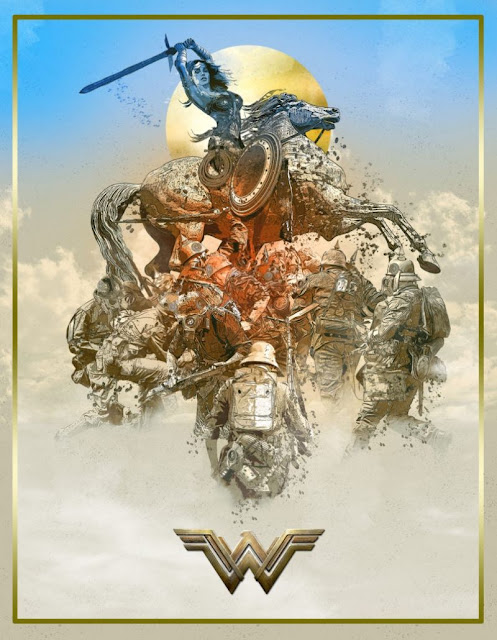 This one's done by Chris Malbon, and it just looks awesome. 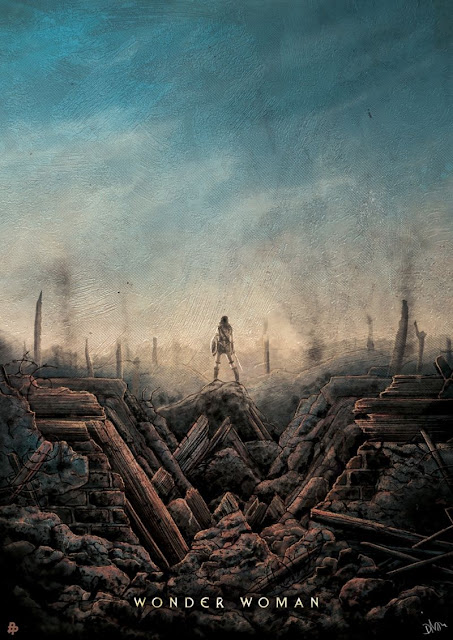 This one is done by artist Daniel Nash. I love how the ruins of war spell out the Wonder Woman logo.

Not bad for the 9th largest opening weekend for a movie that isn't a sequel or a spin-off, right? For those of you who've seen the movie and now want to get into reading Wonder Woman comics, may I recommend:


Wonder Woman by George Perez volume 1 (This is Diana's post-Crisis reboot and from which the movie borrowed quite a lot).

The Legend of Wonder Woman (a retelling of her origin set during World War II).

Wonder Woman Rebirth Volume 1: The Lies and Volume 2: Year One.

All of these can be found on Amazon :) See you Wednesday for Insecure Writer's Support Group!
Posted by Michael Offutt, Phantom Reader at 12:06 AM

Email ThisBlogThis!Share to TwitterShare to FacebookShare to Pinterest
Labels: These are my favorite poster posse tributes to Wonder Woman which slayed at the box office this weekend, Wonder Woman