What would Walt Disney think of Pixar? 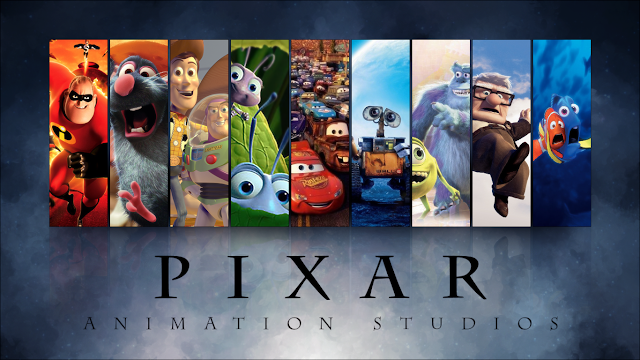 When I was in junior high (I guess they call that middle school these days), we were asked to write a book report on a biography of someone famous. Most people chose presidents. I chose Walt Disney. There might be some people today that don't know that he was an actual person and just think that's the name of the corporation. But Walter "Elias" Disney was one of America's business tycoons that created theme parks and among many animated things, Mickey Mouse. And if there's anything that I remember from writing that report it's this: Walt Disney was most definitely not perfect. Sure he was innovative and successful, but he was the subject of many controversies (not the least of which was that he might have been anti-Semitic and even racist). The debate on those claims (I don't think) was never settled. So yeah...the man was a flawed human just like everyone else.

At the same time though, I ask myself (sometimes) when I think about the man who created the machine that now owns the biggest studios in Hollywood, "What would Walt Disney think of ____?" and then fill in the blank. Because Cars 3 was recently on my mind, naturally that question turned to Pixar, which is a studio I wholeheartedly love. I like Pixar more than Dreamworks and Illumination (Despicable Me franchise), although there may be singular movies in those studios (like the How to Train Your Dragon ones) that I consider masterpieces.

In an interview that his daughter, Diane Disney, gave, she was asked this question: What do you think he'd [Walt] think of all the best animated movies today that are computer animated? She responded that "He'd love that."

Without even having met the guy and only having watched Pixar films, I would agree. Pixar films are designed to transport us not just out of our lives, but out of the theater itself. They remind us of simpler times, the memories and emotions that make us who we are. Pixar takes all of us on trips to our childhoods, our happiest moments, our saddest moments...for some reason this animated studio can tap into all of that through their stories.

Or maybe that reason is simply that the ones who work at Pixar understand that the most important stories resonate with people because they appeal to a core truth of being alive? What do you think (if you, dear reader, are also a fan of Pixar films--to be honest, if you're not we really shouldn't be friends). They also tend to deal with something that might be considered darker in tone in a way that many of us find readily accessible.

Or maybe Pixar movies are great because of the influence of one creative genius. In particular, I'm thinking of Brad Bird, who is someone that (I think) Walt would have championed. Brad Bird's IMDB profile gives him eight Pixar credits (all very influential from senior creative team to director) that include: Inside Out, Monsters University, Brave, Toy Story 3, Up, The Incredibles, Ratatouille, and The Incredibles 2 (due out in 2018). Brad Bird is a great technical director but more importantly his films always have that touch of a tender heart which separates the pedestrian animated films from those which will last and resonate emotionally for years to come.

What do you think? Agree? Disagree? Please let me know in the comments.

I will be taking next week off from blogging as I have a friend coming into town and all sorts of things planned.
Posted by Michael Offutt, Phantom Reader at 12:17 AM

Email ThisBlogThis!Share to TwitterShare to FacebookShare to Pinterest
Labels: Pixar, What would Walt Disney think of Pixar