I tried to spot Easter Eggs for you in Spider-man Homecoming which is a great film by the way. 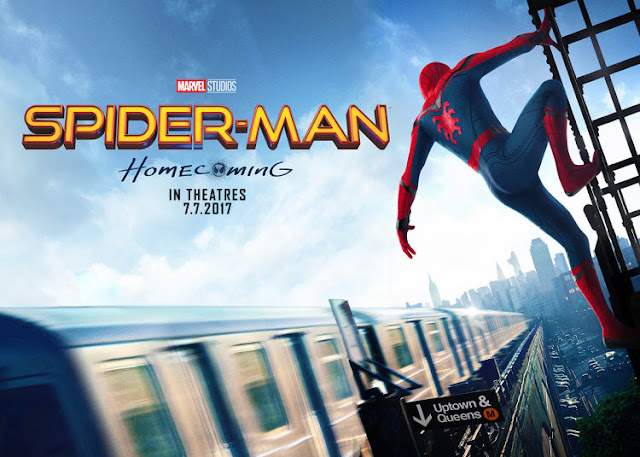 As movies go, Spiderman: Homecoming was one of the best I'd seen in a while. It certainly is up there with the first Avengers and Captain America: Winter Soldier or Captain America: Civil War. One of the things that really worked for me was the absence of Peter Parker's origin story. I think that's been done to death, and obviously the makers of the movie agreed that it shouldn't be told again on film.

Another thing that I love about these movies are the (SPOILER ALERT) Easter Eggs. So I'll go over a few of these that I managed to remember (and spot) from the film when I went and viewed it with my best bud, Brad Habegger.

First off, when the Marvel logo thing starts spinning, you hear the usual musical refrain associated with Marvel replaced with the "Spiderman...spiderman" theme from decades ago. That was really fun. Then you also get to see "Damage Control" in action, which is a corporation in the comics that cleans up sites of alien invasion (because all that strange tech needs to be cataloged and kept out of the hands of bad people like Hydra). Of course, you know it never works out that way or else there'd be no more good stories.

Then there's the reveal that a character named "Michelle" actually goes by M.J. Hmm? Coincidence? These kind of things rarely are. You only find out about "M.J." right before the credits roll. For those of you who are unfamiliar with this character, it is one of the many love interests in Peter Parker's storied history (a pretty significant one). Of course there's always Black Cat and Gwen Stacey to name a few others, but it seems like the creative team with Marvel will be incorporating M.J. over those two.

We also get to see Shocker in the movie, but he gets disintegrated by the Vulture. However, you'll notice that the yellow shirt he's wearing has a diamond pattern on it. This is obviously an homage of sorts to the comic book character. I doubt Shocker will ever make an appearance in the Disney/Marvel outings because he was used to bad effect in the second Amazing Spider-man movie.

There's also the guy that plays in "Better Call Saul" as the character "Nacho." In Spiderman: Homecoming, he plays a fairly insignificant role, but he shows up in the stinger with a scorpion tattoo on his neck. I think this means that he's going to be "The Scorpion" in a future Spider-man movie (which is also the significance of the stinger if you must know). He's probably going to become some part of the Sinister Six (a group of Spider-Man villains that are pretty destructive because they are all working together).

That's all the Easter Eggs I managed to spot.

Individual musings: I read somewhere that the film team destroyed fifteen Lego Death Stars to get the right shot. It makes my inner nerd weep. I also wonder what the iron suit that Iron Man made for Peter Parker does that the other one in the film doesn't. Bonus, the skin-tight look of the suit on Tom Holland's body is over the top great. The second stinger at the end of the long credits isn't really worth waiting for. It's just a public service message from Captain America. It's kinda/sorta funny but not really.


Things that are cool about Tom Holland, the actor that plays Spiderman. Check out this video below (which premiered on MTV's lip sync battles by L.L. Cool J.). It starts at about 1:47 with "Singing in the Rain," and he frickin' crushes it.
Posted by Michael Offutt, Phantom Reader at 12:19 AM

Email ThisBlogThis!Share to TwitterShare to FacebookShare to Pinterest
Labels: I tried to spot Easter Eggs for you in Spider-man Homecoming, Marvel, Spider-Man Homecoming