Here are my six predictions for season seven of Game of Thrones. 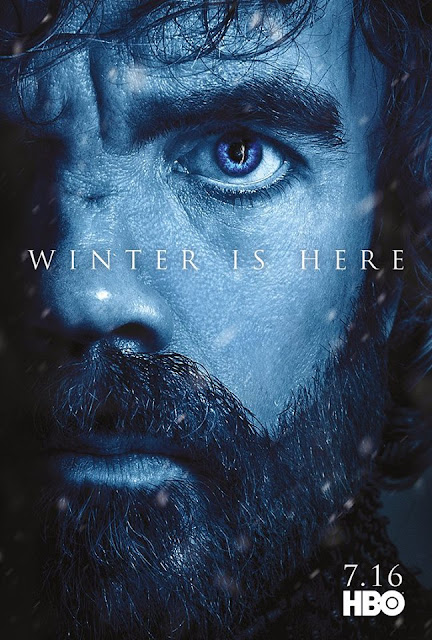 Game of Thrones resumes its march toward oblivion with the season 7 premiere this Sunday. To say that I'm excited is to understate things quite a bit. I've waited years for this story to finish, and I'm finally going to begin to see who are the best players to win the throne and how on earth are the survivors going to deal with the White Walkers and the Night's King. Here are my predictions:

1) Cersei will die by Jaime Lannister's hands. Part of this is simply because George R.R. Martin (if anything) is unpredictable. But he's so unpredictable that he's kind of become predictable. There's lots of foreshadowing that Tyrion is probably going to kill Cersei. I don't think that's how things will shake out, because that would be predictable. With that in mind, I think Jaime will strangle Cersei to death (remember the prophecy of the fortune teller in season five?), mostly because in the books he's clearly appalled at the monster Cersei has become, and I think that will carry forth into the show as well. He already viewed her with disgust after returning to King's Landing and seeing what she had done to destroy the Sept of Balor. Additionally, it's well within his right to say that Cersei's actions to destroy the Sept of Balor directly resulted in Tommen's death (Jaime's son). Honestly, it's not much of a stretch to go from "Kingslayer" to "Kinslayer." After all, Tyrion did it first.

2) Sansa will turn against Jon probably because of Littlefinger. Sansa is an unpopular main character. I for one will freely admit that I've found her chapters in George's books to be tedious. She's only become interesting in the last couple of seasons. I also think that she's a little bit resentful that she saved Jon's life by soliciting the Knights of the Vale to come to his aid in order to take Winterfell. Without them, Ramsay would have won and everyone would have been dead. Instead they all called Jon, "The King in the North." In her own words, Sophie Turner (the actress that plays Sansa) has said, "Sansa looks at Littlefinger knowing that he would have put her as Queen in the North and given her the credit she deserved." That's kind of a powerful motivation to turn against Jon Snow if ever I heard of one.

3)  Samwell Tarley will discover the key to defeating the Night's King. I predict it will be in the Oldtown library that he reached last season.

4)  The Wall will come down. I think that Samwell Tarley is carrying the Horn of Joramun around and doesn't know it, and that Euron Greyjoy will sack Oldtown and take it from Samwell to use it as a bargaining chip with the Night's King. The Night's King (of course) then uses it to destroy the Wall.

5)  Arya will kill Littlefinger. She's a face-shifting assassin these days. It wouldn't be much of a stretch to pull this feat off.

6) The Hound kills his undead brother The Mountain. They call this the "Cleganebowl." But seriously...why else would we keep the Hound alive if it wasn't for this?

That's it for my predictions. Do you have any?
Posted by Michael Offutt, Phantom Reader at 12:03 AM

Email ThisBlogThis!Share to TwitterShare to FacebookShare to Pinterest
Labels: Game of Thrones, Here are my six predictions for season 7 of Game of Thrones