How do you define success? An answer from author Theresa Milstein

Please give a warm welcome to Theresa Milstein whose short story "Allured" is included in the YA Anthology called Fangtales.  You can find Theresa at her blog located here. I for one am so thankful that I met Theresa through blogging. She is an accomplished, intelligent, and spiritual woman. I would encourage you to get to know her as well through correspondence and through her writing. In reading her guest post on my blog today, I was reminded of his holiness, the Dalai Lama and a very spiritual story. 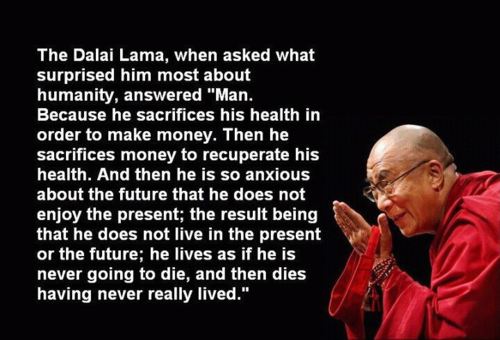 On October 1st, I attended a program for writers, illustrators, and educators.  It was called Overcoming Challenges.  Authors Jacqueline Davies, Kathryn Lasky, and Lois Lowry were in attendance.  Illustrator Bill Thompson was also on the panel.  All four of them have received awards.  Jacqueline Davies won a Massachusetts Book Award Honor.  Kathryn Lasky won a Newbery Honor.  Lois Lowry won two Newbery Medals.  Bill Thompson won awards and was up for a Caldecott.

When they were asked, “How do you define success?” I listened.

Not too long ago, I wondered how I’d define success.  I wrote a post about it called “Making It”.

Kathryn Lasky said she feels successful because, “Everyday I get up and re-invent the world.”

Lois Lowry said she feels the word is subjective, like trying to obtain perfection.  “Satisfaction is more important.”
Bill Thompson had the most poignant answer.  He thought winning a Caldecott Medal would be his measure of success.  When his book was being considered, he thought he’d reach his goal.

A student stood up in his classroom.  She collapsed.  Face-forward onto concrete.  He checked her.  She was breathing, so he didn’t start CPR.  He didn’t want to move her in case she’d injured her spine.  He had someone call for help.  Then she stopped breathing.  He performed CPR until the ambulance arrived.

Bill visited her in the hospital.  She was in a coma.  She had a husband of six months.  He prayed that he didn’t care about the award.  He’d rather have her live.

Eventually she woke up.

He didn’t receive the award.

He’s learned not to focus on worldly praise.  He loves that he can do what he loves to do.

He’s still a teacher.  If someone called him in the middle of the night and asked him what he is, he’d say, “Illustrator.”

All of the writers who haven’t been published, what would they say if they received that call in the middle of the night?

I’ve had two short stories published.  I clearly don’t make my living as a writer.  My time is divided between so many different jobs: mother, instructional aide, wannabe teacher, student, and writer.  What would I say?  Would I feel like a fraud to respond, “I’m a writer,” because I don’t make my living from it?

I think about my stories almost all the time.
I will still write when my children grow up.
I’ll still be typing tales when I retire from teaching.
Am I defined by a paycheck or a role or a passion? 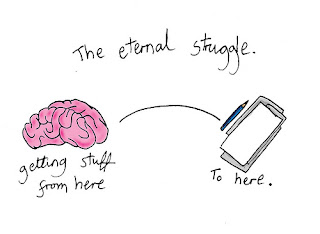 When that call comes, I hope I’m brave enough to answer, “Writer.”

Available from Barnes and Noble.