What If I Fail At Being Published? 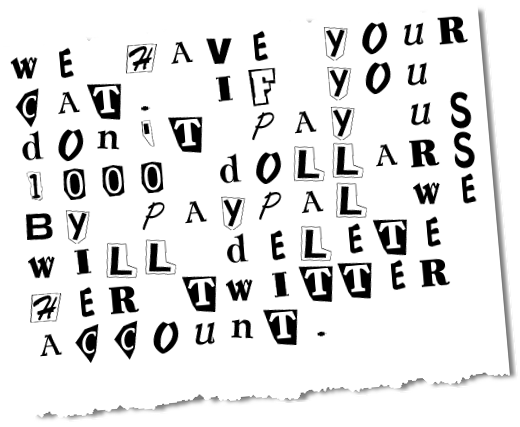 In the event that any of us (god forbid) fails in the pursuit of a dream which consists mostly of money and very little of actually writing anything memorable, you may find yourself at a crossroads wherein you decide that kidnapping someone and holding them for ransom may provide a more sound financial future (if not for yourself then for your loved ones). This shouldn't be taken lightly because a properly constructed ransom note is as hard as a query letter.  You will need the following elements:

I hope this helps. Happy Tuesday. XOXO
Posted by Michael Offutt, Phantom Reader at 7:17 AM