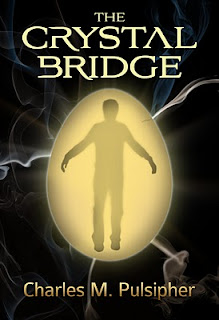 This weekend, I finished Charlie's book, along with one called Lor Mandela, and a third called Monarch by Michelle Davidson Argyle. But I'm only going to talk about one book of those three today. It is written by Charles M. Pulsipher, and you can find his blog here.

First off, I want to mention that I enjoyed reading this book. Here's the stuff that Mr. Pulsipher did right. His dialogue was definitely age-appropriate, the science he presents is an extrapolation of the cutting-edge stuff that we hear about today, the pacing is perfect and there's a lot of action, and the idea/trope that Mr. Pulsipher uses to travel between worlds that he refers to as "Kaden's egg" is amazing. I've never seen a magical or scientific device described in such way. It's really kind of neat.

If you want to read the rest of my review, you're going to have to go to Goodreads and look for yourself.  I'm going to turn the floor over to Charles who was kind enough to answer a few of my questions.  So here he is: 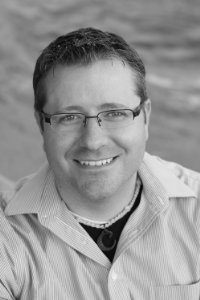 Q: What kind of editing did you seek out prior to publishing this book?

A:  I quit my job to finish my novel, so I wasn't swimming in money. I couldn't pay someone to edit my book, so I took advantage of free editing. I self edited the novel about five times. Then I leaned heavily on my wife's skills. She's a high school English teacher. I had my brother read it. He's the biggest reader I know. I had a few other people read through it and offer suggestions. Then I self edited again three more times. I think I caught 98% of the typos. I, of course, just made that statistic up.

Q:  How did you get the idea for Kaden's egg? More specifically...why the egg shape as opposed to any other? I'm just curious. You also might want to explain how the egg works to the readers out there or they'll be wondering why I'm asking you about some dude's egg.

A:  That does sound weird, doesn't it. No, he doesn't lay eggs like some freaky space-chicken. Kaden opens wormholes to distant worlds. He's able to see bits of these worlds before he opens the wormhole. They appear as images floating along the inner shell of a golden glowing egg surrounding him. Kaden's egg was plucked straight from the original dream that prompted the novel. I also liked the organic feel of the egg as opposed to the more mechanical process that Omegaphil uses later.

Q: Of all the worlds to visit, why did you decide to spend the majority of the time on one that had essentially elves, dwarves, and dragons?

A:  I needed a world that readers could relate to. Many of the other ones would be fun for a minute or two, but then the pure alien environment might have turned off some readers. I liked the contrast of the science and fantasy. I don't think that's done enough. I may also be obsessed with dragons. That part of James came from me.

Q:  Are you a plotter or a pantser? If you are a plotter, can you give us an idea of your story-boarding process.

A:  Both. A ploantser or ponttser...something like that. I start with a dream. I then write off the seat of my pants for a while as the dream settles and cements in my head. Then I write out an outline. I follow the outline for a while, but let tangents form when they feel right. Hollister and Penny were tangents. They didn't originally exist. I rewrite my outline several times until I finish the book.

Q: What advice do you have for those who may want to write a science-fiction novel?

A:  Research the science a lot and then use it sparingly. Most readers are going to care more about the characters than the hard science. The hard science fanatics will love the little nuggets of pure science you use. Those who don't understand the science will be able to ignore it and focus on the story. That's just my opinion though. You will find readers who want more science. I'm such a reader, but, as a writer, I know I'm the minority.

Q:  The god Rho seemed like a cross between alien and Cthulhu. What were you going for by making him this tentacled, spider-like dark mass with acid for blood?

A:  I don't like shiny black segmented spiders. I'm okay with the furry ones as long as they aren't touching me. My wife is terrified by all spiders. She points at them and makes this weird noise until I get rid of the thing. I wanted that image surrounding Rho. I wanted readers disgusted, terrified, and darkly intrigued, pointing at it, unable to look away, but wanting it gone every second. Rho's blood isn't really acidic. It tears down and absorbs anything it touches. The explanation as to why is implied in the last few pages of the novel. I won't give that away.

Q:  Who is your favorite character? For the record, poor Evandrel.

A:  I've had several people say Evandrel was their favorite. I have a hard time choosing a favorite. All the characters are like my little brain-children. I love Evandrel, Kaden, Aren, James, and Dveldor. I must admit I even like Rho, Vander, and Diresh. That said, I may be a bit partial to Penny. She was a pleasant surprise that just popped into existence as I wrote about James' strange experiences with the malfunctioning chip. She'll also have a large role in the next book.

Buy The Crystal Bridge on kindle for only $3.99 HERE.
Posted by Michael Offutt, Phantom Reader at 7:11 AM