Let me introduce you to author Joseph Vasicek

For Columbus Day, author Joseph Vasicek (find his blog here) gracefully accepted an invitation for a guest post. He's a talented young writer and he's here to talk about a very special creative writing class that he took while attending Brigham Young University. 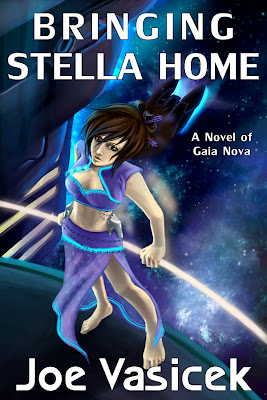 For this guest post, Michael wanted me to share a little bit about Brandon Sanderson's writing class at BYU and what kind of a teacher he is.  In case you didn't know, Brandon teaches a class (English 318R) at BYU every winter, which is usually packed so full that there's barely enough floor space to fit everyone in.  I was fortunate to be a part of that class in 2008 and 2009, and Brandon became something of a mentor to me as I decided I wanted to pursue a career as a writer.


One of the first things that struck me about Brandon is that he's a down-to-earth nice guy.  It's easy to think of big name authors as these godlike beings, and to put them on a pedestal so high that they’re almost inaccessible.  That’s not true of Brandon; he’s one of the most easy-going and approachable people I know.  If you’ve ever met him at a signing or a convention, you probably know what I’m talking about.

It’s not just his personality, though.  Probably the most important lesson he ever taught me was to think of readers as patrons, not just consumers.  In this day and age, it’s possible to read just about any book for free.  The people who buy your books aren’t just buying a product; they’re choosing to support you as an artist because they enjoy your work.  If you can keep that in mind, you can grow a base of loyal fans because you’ll always value them--and that’s exactly what he’s done.

Brandon excels at being good not just to his fans, but to his students as well.  Even though it was difficult, he did his best to give all of us one-on-one advice, both inside and outside of class.  He never pulled any punches, either--I remember getting roasted for some of the flaws in the earlier drafts of my novels--but his criticism was always constructive, because he taught us that if we put in our time, any of us could make a living as a writer.

That was the main focus of the class, and that’s what I took the most from it.  It’s largely because of his influence and encouragement that I decided to pursue writing as a full-time career.  The two novels I have up right now as indie published ebooks, Genesis Earth and Bringing Stella Home, were both written while I was in his class, and the best compliment I received from him was when he signed my copy of Elantris: “For Joe--who is HARDCORE!  Keep writing!”

I’ve definitely kept writing since then, and now that ebooks have opened a lot of new doors for writers, I’ve gotten involved with publishing as well.  My latest release, Bringing Stella Home, is a science fiction novel about a young interstellar merchanter’s son, James McCoy, whose homeworld has been conquered by a horde of brutal starfaring warriors.  He’s determined to rescue his brother and sister, but what he doesn’t know is that his sister has become a concubine to his homeworld’s new overlord, and his brother has been brainwashed and made an elite shock trooper in the barbarian army.

To kick things off, I’m giving out a free copy this next week of a novella based on the full length novel: it’s titled Sholpan, and it follows Stella McCoy’s storyline through the first half of the novel as she navigates the dangerous world of harem politics while trying to escape.  You can download it by visiting the ebook’s Smashwords page, selecting your preferred format, and inputting the following coupon code: VH77F (not caps sensitive).

You can find me at my writing blog, One Thousand and One Parsecs, or follow me on Twitter (@onelowerlight).  I’m kind of like Michael in that I pretty much blog about anything, but since my main focus is on writing, I usually end up coming back to that.  I also review books and feature other writers as guest bloggers from time to time.
Posted by Michael Offutt, Phantom Reader at 1:25 AM