I was surprised at how good the HALO series was on Paramount +. 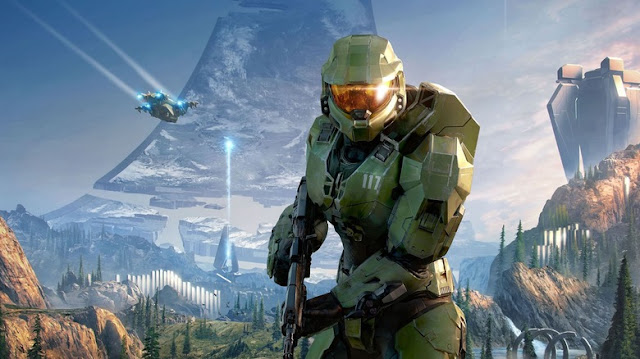 I never played the HALO games that Microsoft put out, but I had plenty of friends who did. When the HALO show premiered on Paramount + earlier this year, despite my lack of familiarity with controlling Master Chief, I was excited to watch the show. I finally got around to finishing it this last weekend, and it didn't disappoint.

In reflecting on these nine episodes, I think I can say that HALO was a surprising show in that it had a lot of roles with diversity and handled them really well. This wasn't a clumsy or ham-fisted adaptation with little disregard done to racial casting. Every role seemed to have as much weight as the Master Chief himself. And each was given enough dialogue and enough screen time to warrant the investment of talented actors who seemed to take their roles seriously enough that I was immersed almost constantly while watching. In particular, I really enjoyed actress Yerin Ha's role in Kwan Ha, the only survivor of a Covenant-led attack that murdered her clan on the planet of Madrigal. Her story arc was really interesting, and shone just as brightly as the one led by the Master Chief.

I think that I'm glad I never played the video game, and thus was unfamiliar with the story going into this show. On the surface, it's a diamond in the rough, offering a lot of promise in many of its scenes (the one showing a ring-world of some kind in dreamscape-like sequences hint at some pretty high science fiction that may be coming down the pipe). I'm now on board with these characters, and I'm invested in whatever goes down with them. I actually cared that a Spartan was in danger. One thing that gave me a chuckle was watching John's bored face while watching for Kai to show up after the spaceship crash. That said to me that John knows an exploding starship is like a mosquito bite for a Spartan. In the end, I think the only thing that scares them are "feelings."

I was also impressed with the villainy of Dr. Halsey. In this show, the crime that she commits is one of the most horrific I've ever heard of in a story. Here's what it is in a nutshell: to create the Spartan program, she selected kids that were about six years old and targeted them for kidnappings. Then she cloned those kids (once they were kidnapped) and returned the clones to the parents. These "fake" kids would then (within days) hemorrhage blood and go into unexplained seizures and die, leaving the parents to mourn for their children while she kept the real ones for training to be Spartans. I was like...oh my god...that's so evil! I mean...it's like next level evil. Like Dr. Mengele evil (real-life former Nazi doctor). I wonder how she's going to outdo herself in season 2. Maybe she will just kill millions of people or something like that, and justify it to herself as "saving billions." What a monster.

Additionally, I learned just yesterday that it has been renewed for season 2. I can't wait.

Did anyone else watch HALO, or are you in the process of watching it? If so, what did you think?

Posted by Michael Offutt, Phantom Reader at 7:13 AM

Email ThisBlogThis!Share to TwitterShare to FacebookShare to Pinterest
Labels: HALO, I was surprised at how good the HALO series was on Paramount +