Dungeons & Dragons is exploding in popularity and I think it is being driven by a mental health crisis. 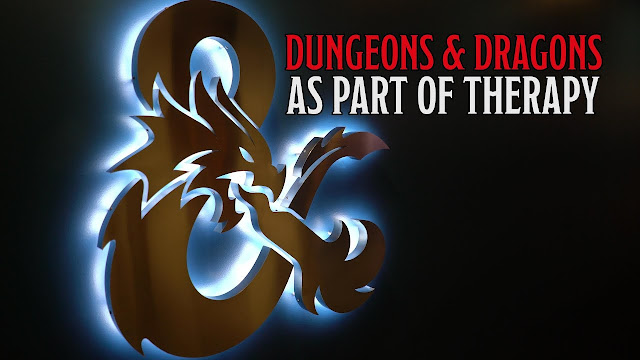 I had a somewhat strange experience on Wednesday evening. A couple friends I made at the local game store invited me down to what they call a "session zero" designed for people to talk about the content of a tabletop roleplaying game like Dungeons & Dragons, and to discuss woke topics like 1) representation, 2) sexual content, 3) pronouns, and 4) things that trigger people. I'd never attended one of these, and I was surprised to find the table completely packed with over ten people (way too many for a game) all outlining their expectations for a tabletop RPG.

This was something I had never seen before, and at the risk of sounding like an old fart who yells at cloud, I thought it was kind of disturbing. I'm a liberal and a democrat. However, I'd be considered far right to some of these folks. It's very strange to see how sensitive people are in their interactions with others, and how much expectation they heap upon someone who just wants to get a game together with another person for the purpose of having fun. Folks, making friends has gotten very complicated.

The other shock of the day was that there was literally no room for me to play. So I'd have to look elsewhere to find a game. This puzzled me for a little while, and then I realized I'd been noticing this phenomenon more and more since the pandemic. Additionally, it suddenly hit me that the grocery stores I've been shopping at have not been as crowded lately. It's a combination of high prices (out of control inflation) and a crisis in mental health.

People (I believe) are scared, and they can't afford to go on vacation. They can't afford a lot of things, and so they are seeking out free entertainment like someone running a D&D game at a game store. Dungeons & Dragons has always been escapist. This latest phenomenon of tons of people overwhelming what few Dungeon Masters there are to go around looks a lot like, "I need something to escape the world in which I live." In other words, these tabletop RPG's have become a kind of therapy, similar to smoking mushrooms when you have PTSD.

And in case you are wondering why this might be necessary, I have a friend who is on a waiting list for a therapist that is 8 months long. Given the amount of trauma being visited upon a large portion of the United States in the form of authoritarian edicts from the Supreme Court, coupled with climate crisis, gas prices that are the highest I've ever seen, and housing prices that are in the stratosphere, I think I can completely understand why people are seeking to escape...to flee...anywhere that they can. These are very strange times. I've never seen so many homeless people. They are everywhere in my city in places you would not expect. There are huge tent cities on sidewalks all throughout downtown, and there is litter and needles tossed on concrete and asphalt to just bake in the intense sun (everything is hotter and drier too).

Anyway, it's just another hypothesis caused by another observation that I've made. I have no idea what it all means. The bigger picture is elusive, and I feel like I may paint things with too broad of a stroke. But I think that Dungeons & Dragons is exploding in popularity, and I believe it is being driven by a mental health crisis from which many people have no escape.

I'll be taking the 4th of July (Monday) off from blogging. Have a great weekend. I'll see you back here next week for the Insecure Writer's Support Group post.

Posted by Michael Offutt, Phantom Reader at 7:28 AM

Email ThisBlogThis!Share to TwitterShare to FacebookShare to Pinterest
Labels: Capital in the Twenty First Century, Dungeons & Dragons, Dungeons & Dragons is exploding in popularity and I think it is being driven by a mental health crisis