I'm rounding up my July thoughts all in one post. See you in August. 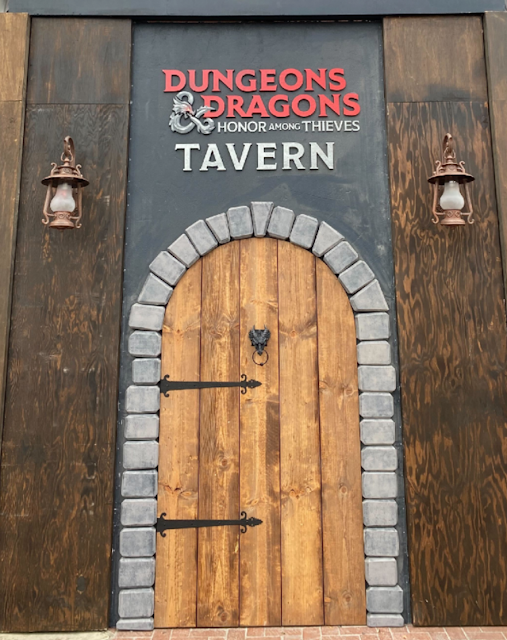 To finish off the week, I'm posting some random thoughts about things that have been on my mind this last week. But first, I will not be blogging all of next week. I plan on returning to this blog on Wednesday, August 3rd for the Insecure Writer's Support Group post.

I really want to be at San Diego Comic Con this weekend, because there is a Dungeons & Dragons bar. You can order Dragon Brew, which is made with fresh lime juice, orange extract, ginger beer, simple syrup, protective elixir essence, and some optional vodka. It sounded like something I'd order. But that isn't all, in this D&D themed nightclub there is a huge screen wherein an animated dragon looks in upon the crowd, expresses its displeasure, and then breathes fog all over everyone. At this time a fog machine swamps you in mist. That just sounds like too much fun.

I heard that the X-Men movie is in the works at Marvel, and they have decided to call the movie, "The Mutants," because "X-Men" was apparently not gender neutral. Look, I'm a democrat, but I guess I'm wondering why there are people who are offended by the term "X-Men" or who take issue with its inclusivity. It's a hyphenated word, and "men" is on the back end of it. Are we going to have to change "history" to "theystory"? Like this is a serious question, and I don't know if I can go down that path with the people who are pushing for changes like this to our language.

I got my property tax notice in the mail for year 2023. I was kind of stunned, but values of homes have been increasing anywhere. I have to pay an extra $70 a month, which pretty much (along with the increased Comcast charges and the increased phone charges) have completely destroyed the raise I got this year and put me in the negative. Then when you add gas prices and all the other things that cost more, I feel like my pay this year is several hundred dollars short of what I got paid last year (per pay period), even though I got a 3.5% raise. The cost of living is getting ridiculous, and I wonder how long this can continue. I mean...I feel like everyone who offers a service or who offers any kind of good that we all need is really hostile right now. As in...they hate us and they want to express their collective displeasure. Combined with extreme heat, the country seems bleaker than ever.

There is a new carnivorous dinosaur from the late cretaceous called Meraxes Gigas. It is named for Meraxes, the dragon ridden by Rhaenys Targaryen during Aegon's conquest (see Game of Thrones and its creator, George R.R. Martin). It was originally discovered in Patagonia around 2012, but it has taken years of preparation to finally excavate and analyze a specimen. That's quite the honor for an author, don't you think?

Email ThisBlogThis!Share to TwitterShare to FacebookShare to Pinterest
Labels: Blogging, I'm rounding up my July thoughts all in one post