Doing the right thing is an outdated trope that makes no logical sense yet guides our everyday interactions with each other. 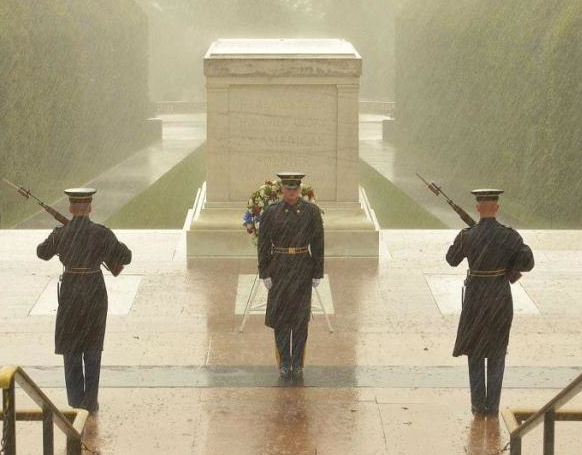 What does it mean to "Do the right thing?" Here in Utah, our governor, Spencer Cox, was often on television during the pandemic asking Utahns to "do the right thing," but not mandating that you needed to wear a mask to help cut down on Covid spread. We soon learned that people do not do the right thing. And this makes me wonder...why do we even say this useless phrase? Why is it even in our vocabulary, this idea that people will somehow figure out what "the right thing is" (without spelling it out to a person) and then they will somehow act on this out of some sense of responsibility? Where does this concept come from? I have one idea.

Honor. Good old fashioned honor. But what is honor? Honor is tied up in self-esteem and an adherence to what is right or to a conventional standard of conduct. In medieval Japan, honor was elevated to a code called "Bushido." Honor, then was a primary value in the life of a warrior. It entailed self-respect and staying true to one's principles. Samurai fought for their good name starting from their early years, and they strived to protect and reinforce it throughout their lives. Therefore, any stigma or loss of that warrior's honor and dignity made the life completely pointless. "Shame" became like a scar on a tree. Rather than disappearing, it grew with time. This led many a warrior to commit seppuku, or ritual suicide.

In other areas of the world, honor meant pretty much the same thing: an adherence to a prescribed code of conduct by which one shouldn't deviate. But what does that mean in a country where every person is an individual, and they are encouraged to rely upon no one and to celebrate their own personal power? What it means is that there is no prescribed code of conduct that is recognized by everyone. People all have their own codes of conduct, and it can be as different from one person to the next as black is to white.

I think if we just assume that no one will ever do the right thing anymore (or that no one has any honor anymore), the world makes a lot more sense. We like to think (for example) that a person getting a year's worth of SSDI payments would do the right thing with their welfare check and either deposit it or put it in the bank for a rainy day. We don't like to think that the person took the year's lump sum payment and blew it on renting a theater out for a private showing of Thor: Love and Thunder. Yet, this kind of thing happens, and it infuriates the watchdogs who are already eye-twitching at welfare fraud.

And yeah...they won't have a rainy day fund and will probably need more government assistance in the future. Removing the judgy nature that might be inherent on me seeing this kind of thing happen and just observing it objectively...all I can say is, "This person didn't do the right thing." But then I feel a great deal of relief, because I learned that no one does the right thing anymore. No one wears masks. No one in charge of a company decides to forego a price increase to save a consumer money. No landlord anywhere decides not to charge "market rate" and raise the rent out of the goodness of their hearts. NO ONE DOES THE RIGHT THING. It's an outdated trope that no longer makes sense in a society that...for lack of a better way to describe it...has no honor.

But whether we like it or not, "doing the right thing" and "honor" are concepts that define how we live every day. Want an example of this? If a person "doesn't do the right thing," they are villainized. For example, let's say you are faced with a temptation to lie to your boss to take credit for something that will get you a raise. And then you do exactly that, and I find out about it. I'm likely to condemn you for being a liar and a manipulator to anyone who will listen.

Now let's look at an example of a person doing the right thing. Let's say a person, realizing they are in a drought, goes through extra steps to cut way down on their water use and then posts about it on social media. Well, that person is going to be attacked for "virtue signaling" and for being all "high and mighty." They are likely to be ridiculed for "doing the right thing" because "You think you are better than me and that your shit doesn't stink." Okay then. See how this is a Catch-22?

So, even though we live in a society where no one does the right thing, we in fact live in a society that very much expects it. We know that many fail and are deserving of ridicule, and those who don't fail should be torn down because they think they are better than everyone else. So there really is no right answer. You're damned if you do and damned if you don't. And maybe that is the single thing that makes the most sense in 2022 right now.

Posted by Michael Offutt, Phantom Reader at 7:10 AM

Email ThisBlogThis!Share to TwitterShare to FacebookShare to Pinterest
Labels: bushido, Doing the right thing is an outdated trope that makes no logical sense yet guides our everyday interactions with each other, honor