Amazon's The Boys may be about people with superpowers but it doesn't feel like fiction at all. 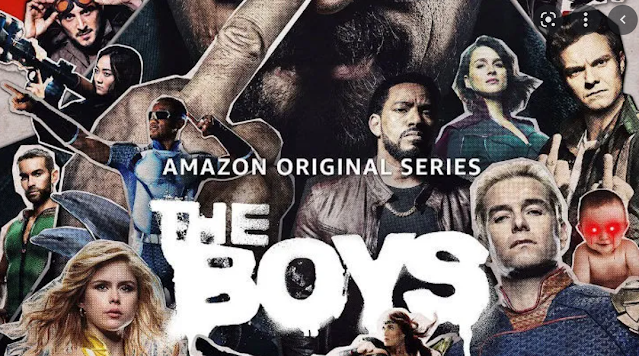 I just finished watching Amazon's The Boys season 3, and (on its surface) much of it feels like it is supposed to be some gross allegory about fathers and sons. And who knows...maybe toxic masculinity when it is wound up in fathers and sons is supposed to be gross. I don't have an answer to that particular question. What I do know is that upon finishing, I felt that The Boys despite its overflowing bucket of superpowers doesn't feel like fiction at all. There are spoilers ahead as I'm going to talk about the events in season three, so this is your chance to turn away and come back later.

In the season finale, Homelander actually kills a guy at a rally in front of his supporters for heckling him and his son. The detractor from the crowd calls them out as fascists, and Homelander splats him with his laser eyes. The parallels to this rally and to a Trump rally are incredibly similar, down to the red hats and the vitriolic attacks on the press, and the violent chants to lock enemies up ("enemies" being code for non-whites and minorities who believe in democracy and accountability). Homelander just goes a step further (he is basically a Superman-type figure) and splats one of his critics, silencing him forever. For a moment, it looks like he's genuinely worried for having murdered this person so visibly. But then his fanbase screams, "F*ck yeah!" and everyone is super excited, and he smiles absorbing the adulation from a crowd that is now okay with murder as long as it is murder of people who do not agree with their opinions.

So basically, Homelander is now above the law (but lets not pretend that all of these superheroes weren't above the law the entire time). Out of curiosity, I looked into the comics, and I guess that at some point it ends up Homelander VS the government. This (then) seems like the first step in an outright dictatorship with Homelander at the top. I can't help myself but draw Trump parallels. Remember when Trump remarked at a campaign stop at Dordt College in Sioux Center, Iowa, "I could stand in the middle of Fifth Avenue and shoot somebody, and I wouldn't lose any voters." Wow...I just...I'm floored that this is so real. We live in a world where there was undeniable proof of Trump's illegal shit, an attempted insurrection, and no one's going to jail for it. So, in fiction, I don't think there will be any consequences for Homelander murdering the guy at the rally with his eye lasers.

And that's the awfulness of this show at its root, which actually makes it so I can't tear my eyes away. Like...I have to watch how gross it actually becomes because it feels just so real. For example, what do you do to Homelander exactly? How do you beat a guy that has Superman powers and the morality of a grandiose narcissist who is a serial killer whenever he wants to be? The roundup of season 3 seems pretty hopeless. Butcher is dying, Maeve is no longer a supe, Homelander has Ryan, Annie has officially dropped Vought, A-Train is wracked with doubts, the government has Soldier Boy's body, and a supe is poised to be in the position to take the presidency with a well-timed head pop. Ugh. But this feels very much like what it is like living in America right now. Anyone else watching this show see the similarities I'm pointing out?

Posted by Michael Offutt, Phantom Reader at 1:28 AM

Email ThisBlogThis!Share to TwitterShare to FacebookShare to Pinterest
Labels: Amazon's the Boys, Amazon's The Boys may be about people with superpowers but it doesn't feel like fiction at all, The Boys