What exactly is evil? 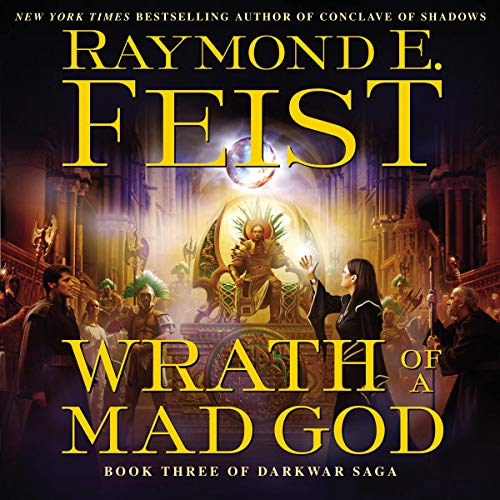 I'm reading Raymond E. Feists magnum opus collection of Midkemia books, and I have been doing so for a while. They are very "popcorn-esque." If you are looking for some deep-reading, you might want to go elsewhere. However, they are really fun with memorable characters that make the narrative kind of play like a high-budget fantasy movie in my head. They've been great vehicles to escape quarantines and the reality of Covid. Although his dialogue seems to be just about the same for every character, meaning that he seems to prefer intelligent characters who rarely get underestimated, and that everyone seems to share the same brain...he does have some surprising insights regarding the concept of "Evil" that I like. And in particular, he establishes within the series that the most evil thing in creation is insanity and madness.

Now, every intellectual property (and thereby author) seems to approach the idea of "Evil" differently. For Dungeons & Dragons things are very cut and dried. There are many creatures that are just "Lawful Evil," "Chaotic Evil," and "Neutral Evil," and there are game mechanics that deal with this really well, making it a functional part of the game. For Game of Thrones and George R.R. Martin, "evil" doesn't actually exist. What you perceive as "evil" is just a thing fulfilling their own self-interest. So we are taught to try and see things from a character's point-of-view. From Cersei's own perspective, she was destroying her enemies, which isn't evil. But from everyone else's perspective, she was the worst person that had ever lived.

If we go back to Tolkien, who wrote in Letters, #184 about "Evil," he has this to say: "In my story, Sauron represents as near an approach to the wholly evil will as is possible." He goes on to explain, "In my story I do not deal in absolute evil. I do no think there is such a thing, since that is zero. I do not think that at any rate, any 'rational being' is wholly evil."

Now, if you've read Tolkien's Silmarillion you know of the character of Morgoth, who was Sauron's master, and who is going to be the big bad for the new Amazon Lord of the Rings series that takes place thousands of years before that famous trilogy. Tolkien writes of Morgoth that, "Morgoth fell before creation of the physical world." There is a suggestion inherent in this language that Morgoth is not a "rational being." Rather, I think he's saying that Morgoth is a product of uncontrollable rage, which is a kind of madness. 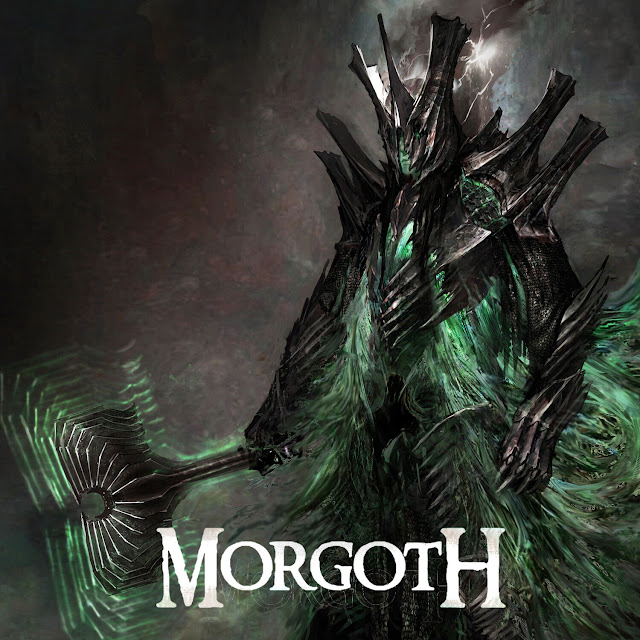 Tolkien writes, "Sauron had never reached this stage of nihilistic madness [as Morgoth had]. He did not object to the existence of the world, so long as he could do what he liked with it. He still had the relics of positive purposes, that descended from the good of the nature in which he began: it had been his virtue (and therefore also the cause of his fall, and of his relapse) that he loved order and coordination, and disliked all confusion and wasteful friction."

To circle back to Feist's Midkemia books (which are above twenty--the man was a prolific writer and committed wholly to his story that I think were drawn from D&D campaigns he ran? [which is remarkable by the way]), his "big bad" is a mad god. This guy was so insane (made no sense at all) that the other gods got together to throw him out of the universe and imprison him under a mountain (on a world) that is so large that the entire world of Midkemia could exist on a ledge of that mountain. At least, that is how it is described. It makes for an impressive visual to be sure.

In Feist's books, this "mad god" is so terrible that essentially knowing his actual name will cause a person to become influenced and controlled by him (even though he's under this huge mountain in another universe). So everyone just refers to him as "The Nameless One." You do (as the reader) eventually learn the name of this god...but "Nameless One" inspires more fear (I think), and I like it when the characters call the mad god by this moniker.

Additionally, everything that has ever happened that is really bad can be traced back to this guy, including multiple invasions, wars, and just all-around terrible and nasty wizards and sorcerers. In fact, there are multiple instances of really powerful wizards becoming recurring villains because you can't actually kill them. The reason is that they are nightmares or dreams from this slumbering Mad God, and like a dream, you can kill it, but it usually is only for a while and they come back in a different form and often with more power than they had the first time you met them. As you can see...that's a problem. 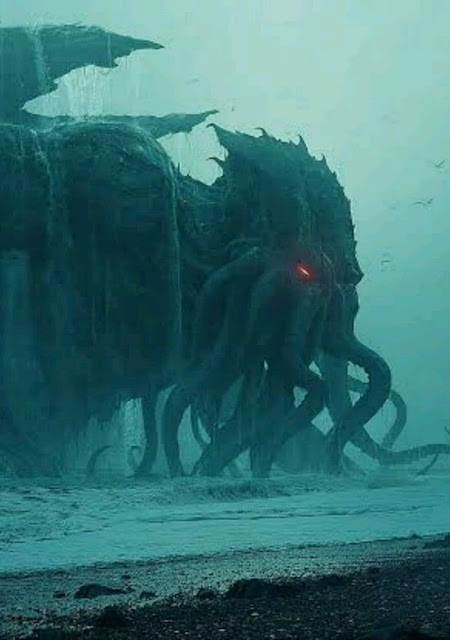 It's this idea of "madness" being the most pure expression of "evil" that intrigues me. It's something that Tolkien gave a lot of thought to, and I'm sure Feist knew this and made a conscious decision to follow the same path. It's also one that I find particularly attractive. When I think about pure expressions of madness in fiction, I'm immediately reminded of H.P. Lovecraft's creations, i.e., Cthulhu and the "Eldritch Horrors" from beyond. Those things actually cause their observers (when they interact with them) to go mad. Lovecraft even has a story called, Into the Mountains of Madness. So, I guess I'm in this place where I'm asking, "Is madness then what we would call evil?" If that's the case, then what about the stigma regarding the mentally ill, and the fact that we shouldn't really go down this path with regard to polite society? Of course, there are extremes to any kind of mental illness, right? How severe things get dictates a lot of what kinds of evil actions we might witness, from school shootings to other types of actions that most of us view as "completely crazy."

Anyway, I wanted to ask those of you out there who are reading these words what you think of "Madness" being the definition of "Evil." Does it make sense to you? And if not, what then do you consider to be evil?

Posted by Michael Offutt, Phantom Reader at 6:32 AM