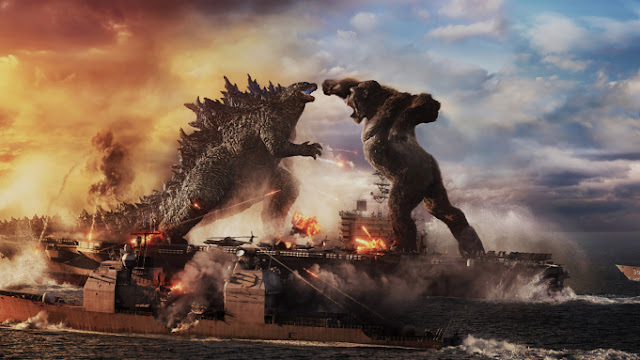 With the emergence of the Godzilla vs King Kong trailer from Legendary pictures this weekend (it will be released on streaming and in theaters at the same time on March 26 on HBO Max), I'm reminding myself why I love these stupid movies.

1) Modern military aircraft have weapons that destroy their targets at a range of miles and fly faster than the speed of sound. However, if the fighter planes do not get within grappling range of the kaiju it is just not as fun. I love awesome scenes of giant monsters smashing the jets as they fly by, and the pilots ejecting out seconds before. So please continue to serve up my movie crack cocaine.

2) Despite giant monsters punching each other, it's important that we have human characters to relate to so that we have a plot. I crave narration, perspective, and I like to feel the fear and awe of human characters desperately trying to frame the events of "WTF-ness" that kaiju inspire.

4) What is that thing flying above Kong's shoulder in the trailer? Is that a flying saucer? 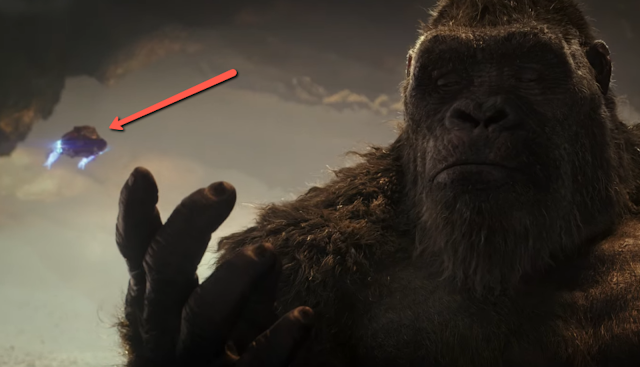 5) I think Kong made an axe using one of Godzilla's dorsal fins. That's how he's able to redirect the energy of Godzilla's own fusion blast. Do you guys see that in the trailer? Does it look like that to you?

All in all, this movie looks like hot garbage. Which means I'm going to watch it immediately upon release and probably see it multiple times.