The Witcher is an enjoyable mess of a show but it doesn't reinvent anything. 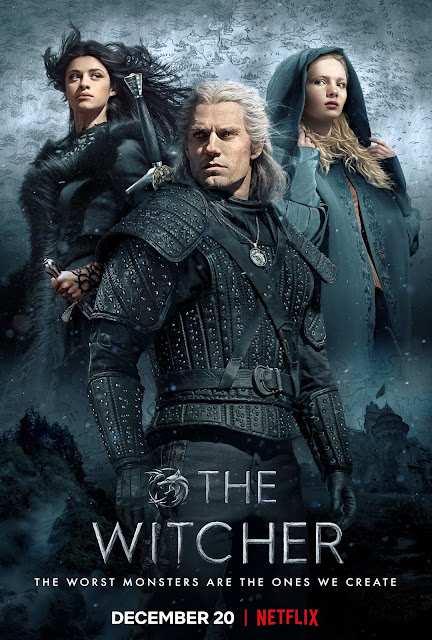 The Witcher is an enjoyable mess of a show. I finished watching the Netflix fantasy series in December, and even having read the books, I got a bit lost with all of the time jumps. It was nice to see real life versions of Yennefer and Dandelion (you may know him as Jaskier), Marigold, Ciri, and Geralt. However, there were times when the computer generated graphics did remind me of Xena (the gold dragons were one of these sections, although I may have been comparing them to how good the Game of Thrones dragons looked, which is clearly a mistake on my part).

And regarding the books, there are a lot of reviews out there that say that the author, Andrzej Sapkowski, reinvented the genre for many readers. To be honest, I don't really see this when I read the books. Surprisingly, the majority of the narrative seems to be taking place either through Ciri's eyes or through events that have to do with Ciri, and maybe this is what they mean. Here we are finally presented with a story that is "epic fantasy" in flavor wherein the main character is a woman? Possibly, but I'm not sure. It could also be that the reviewers who are saying this aren't actually as well-read in the genre as they claim to be.

But what about "the Witcher?" What about "Geralt?" Geralt is there, yes, but he's less than 40% of the story...maybe he's even down to 30% in parts. It's weird that there's so much emphasis in the title of these stories (and the cover art) to really pin the story to Geralt (a specific Witcher), when his only real purpose is to serve as a vehicle for a story, kind of like Indiana Jones in Raider's of the Lost Ark.

The translation from Polish also presents its difficulties. I didn't realize until I watched the show that the bard's name was Jaskier as "Jaskier" literally means "Dandelion." So the translation refers to the character as Dandelion in all the dialogue. I was confused and at one point I was like, "This character has to be Dandelion, but I don't know why they aren't calling him that." There are also descriptive sentences that don't quite make sense, because I wouldn't have expressed myself in that same manner. Translating a thing from Polish to English has got to be challenging, so I don't fault the translator. At the end of the day, I still understood what was going on, but on occasion, it felt weird.

As far as reinventions go, however, I don't see that the Witcher is blazing any real new ground. There are monsters being killed by a person with fantastical strengths, there's an overarching story of a school of magic-users manipulating governments, and there are multiple worlds from which all of these monsters originate. In the books I read, I saw no incredible insights into the psychology of humans. An example of what I'm talking about is the phrase, "History is written by the victors." This was a profoundly deep observation that George R.R. Martin made regarding the human psyche that I've seen reproduced nowhere else. As you no doubt know, this one thing resulted in the greatest mystery of modern fantasy fiction: Who is Jon Snow? When I sit back and think about this singular aspect to Martin's fantasy epic, I'm kind of left in awe that he pulled it off so well. So yeah...there's none of that in Sapkowski's work.

But what the hell does reinventing something even mean these days? It seems like a buzzword to try and market something, and I'm not even sure that it's necessary or means that something is better. Reinventing the wheel is more than likely just trying to push you into using something that is less efficient than the wheel. In capitalism, they call this kind of thinking "disruption," and there are lots of things that "disrupt" the way services are provided, but I don't necessarily believe it leaves any of us in a better place. Yes, we now have Uber and Lyft, but we always had taxi's. How is it any different other than taxi drivers don't make any money these days, and now...they can't support a family?

The closest thing to a reinvention that I've read (recently) is with Michael J. Sullivan's Legends of the First Empire books. The reason these fantasy epics seem like a reinvention to me is because they take place during the Stone Age of a civilization instead of the Medieval European Age of civilization. So you have magicians and fighters inventing things like the wheel, the bow and arrow, and pockets. I've been finding the reading of these things to be very interesting and refreshing in a way that I didn't (at first) expect. Oh and the main characters are pretty much all female...so there's that too. It seems odd to say that the Stone Age is breaking new ground, but it is. I think there's an irony in there somewhere.
Posted by Michael Offutt, Phantom Reader at 8:25 AM

Email ThisBlogThis!Share to TwitterShare to FacebookShare to Pinterest
Labels: Legends of the First Empire, Michael J. Sullivan, The Witcher, The Witcher is an enjoyable mess of a show but it doesn't reinvent anything