Sex Education season two has one small problem that really bugs me. 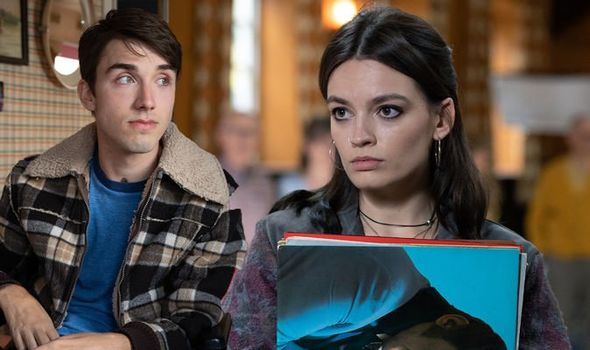 The series Sex Education dropped its second season on Netflix about two weeks ago, and I finished watching it with my friend Meg this past Friday. If you haven't watched the show, I feel like it's this generation's coming of age story, albeit fully embracing the sexual escapades of adult actors playing teens in a teenage situation (actual teens would probably be too problematic for this show). It's a highly entertaining and awkward romp, and for the most part, the series works because it goes to many lengths to be honest and not hide from itself, even if it does stretch itself into unbelievable territory (the high school production musical of Romeo & Juliet looked unbelievable because of how well it was actually done...especially in the costume department). However, it didn't spoil anything for me as far as suspension of disbelief goes. But there was one particular scene that happens in the season finale at the very end that does break this for me, and it really sticks in my mind as something that wouldn't be possible. Warning: Spoiler's Ahead if you continue reading.

The event I'm talking about is when Isaac (pictured above and on the left) accesses Maeve's voicemail on her phone (without her knowledge) and listens to a message and then deletes it. As far as I know, you cannot do this without unlocking the phone. Look...I know that accessing the voicemail is crucial so that we can set up all kinds of drama that will happen in the love triangle that is Isaac, Maeve, and Asa Butterfield's character, Otis. However, phones are notoriously difficult to crack these days and there's just no way that Isaac, having access to Maeve's phone because she set it on a table and forgot about it, would be able to do this. Even the F.B.I. has trouble doing this kind of thing to an unlocked cellular phone in order to obtain information regarding terrorist activity that may be on those devices.

It's a very small detail within the context of the show. But, it bothers me. And (as far as I know), just deleting a voicemail does not get rid of it off a cellular device. There's a sub-menu called "deleted messages" that would need to be cleared or she could still listen to it. Additionally, Maeve would see in her notifications that she received a call from Otis because that kind of thing is stored in "recent calls." So the move by Isaac to erase the honesty and love message that he left for Maeve to try and patch things up is anything but gone, and Maeve could get it back if she pays attention to her phone in any way. Oh and I'm not so certain that Maeve would leave her phone lying around anyway. Teenaged girls these days live with their phones attached to their fingers. And Maeve pretty much does this from season one through the end of season two, only to somehow forget it in Isaac's trailer so that he can erase the voicemail that Otis specifically told Isaac to have Maeve listen to (Isaac said that he would do this but he obviously has no intention because he's a manipulative man).

Anyway, my small rant is over. I'm looking forward to the next installment of Sex Education. Other than that one small thing, I really enjoyed season two. Anybody else a fan here?
Posted by Michael Offutt, Phantom Reader at 12:09 AM