I'm betting that Sarah Paulson's character in Glass is a master villain who controls and manipulates people. 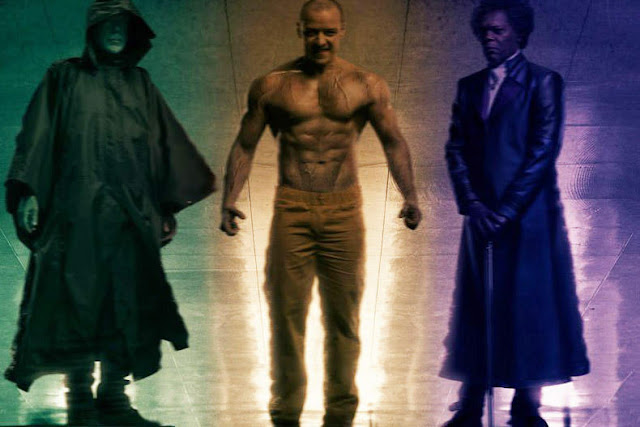 I'm pretty excited to see M. Night Shyamalan's Glass, and when the second trailer dropped, I got even more so. There was a time when I swore I would never give M. Night anymore money. But I'm also a forgive and forget kind of a guy. However, knowing as much as I do about movies, it makes me think that (especially today), it's particularly easy to cut a movie in such a way as to make a super interesting trailer when the movie is anything but. I don't think that's what's going on in this case.

For one, there's a proven track record of excellence. Split was a worthy follow-up to Unbreakable which is a kind of masterpiece, because it dared to be so different in a genre awash with classic superhero movies. So how could Glass not be an equal and worthy capstone to a trilogy that ultimately stars James McAvoy, Bruce Willis, and Samuel L. Jackson. That's some quality casting right there. So having watched the trailer (which I'll link below) here are my thoughts.

Sarah Paulson's psychiatrist character is also a villain, and she's probably the major villain to complete the other two by adding someone to the mix that has the power to manipulate or control others against their will. David Dunn (Willis) is going to be immune to her power, so he'll have to face off against three villains in the climax of the movie. I predict that they'll defeat Sarah Paulson's villain character by teaming up, and that Elijah Glass will open up a computer file of all the doctor's work, showing that she has experimented upon and controlled dozens of people with abilities, and the movie will end with him knowing exactly where all of these people are.

Of course, this is all just an educated guess. This movie is going to be so much fun in January (a month that is usually devoid of anything remotely interesting).
Posted by Michael Offutt, Phantom Reader at 8:23 AM