This week I learned how stress affects us all and how domestic abuse is more insidious than many people realize. 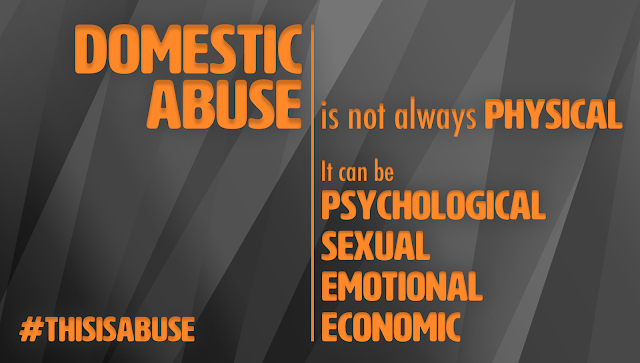 On Wednesday of this week, I attended our annual meeting at work. It was easily the best annual meeting we've ever had. This year, the venue was great, we had great food catered for breakfast, lunch, and a snack. And the breakout sessions with professional training options was very informative. For example, in the domestic violence seminar, I was fascinated to learn that there's an entire spectrum of abuse (only a small portion of it is physical). A lot of emotional abuse comes from simply "displaying things" without verbal context to create fear in the victim. An abuser might put a shotgun with two shotgun shells on the bed. Nothing is said; it's just lying there in the open. An abuser might use threatening looks or they might control the money/be very controlling with money. There's emotional abuse like gaslighting and isolation...think of a partner saying to another partner, "I don't want you to see or talk with that person anymore." And there's "shaming behaviors" too.

I learned that there are also three stages to domestic abuse: the honeymoon phase, the abuse phase, and the aftermath. A victim can move through all of these stages really quickly, and it's cyclical, meaning if you don't catch a victim in the aftermath period when they are seriously considering making decisions to keep them safe, they can slip right into the honeymoon phase and are then beyond help. As an example of this, the advocate that was teaching us about her career in law enforcement said that she's literally been awakened in the middle of the night and was on her way down to the police station when she's stopped for a cup of coffee. In that twenty minutes--that little extra time that she took--the victim (who was at the police station) went from the aftermath period to the honeymoon period in her own thought processes.

So when the advocate arrived, all she got was, "I don't need your services. I talked this over with my partner, and they admitted that there's been stress at work and with the children and we've decided to go to Disneyland on a vacation and they're going to get treatment. It's wonderful. A family vacation is just what we need. So goodbye." The advocate said that she was shocked by this particular statement, and wanted to say, "This won't work, and you are going to get yourself killed." But she cannot do that, because when someone is in the honeymoon phase, there's no reasoning with them.

Interesting, eh? Another thing I learned about was witness tampering, which is in Law & Order all the time, but is rarely prosecuted in real life. An example of witness tampering is when an abuser shows up at a victim's home (there might be a restraining order that is being violated) and they make an emotional plea. "Hey, I apologize and I know that I did something wrong, but we don't need to involve law enforcement, do we? It's something that we can handle. Let's talk this through, and I assure you I'll get help. Just drop the charges. I love you and would never do anything to hurt you or the children." The advocate says this happens all the time, that it's a felony offense, and it is very rarely used by the prosecutor. They just "let it go" because the paperwork and the legal system is already incredibly labyrinthine. If the victim decides to quit pressing charges, the whole thing collapses on itself like a house of cards.

Another seminar that I went to involves stress and how it affects the body. The speaker talked about how stress used to serve human beings to help keep them safe. For example, if a lion or a bear came out of the woods and started to run you down, the stress response sent all of your blood to your core, boosted your energy output, and thickened your blood so that any wounds you might sustain would clot more easily. It's a fight/flight response, and it's there to try and keep you alive so that you survive the day. With the advent of our modern society, much of these things are no longer threats. However, we are more stressed than ever before, and it's ruining all of our lives.

Stress can come from anyplace. It can come from work, from an argument, from living in poverty, from fear of an intimate partner, or from something as innocuous as an email or working too many hours. When we live with stress that long, our bodies don't know any different. Our bodies think, hey my body has been involved in this epic bear fight for an entire week. So it shuts down systems to focus on survival. How does this affect us? Quite a bit actually. For one, our bodies store fat in our torsos during stress, so we become obese. Second, our immune systems stop functioning. Anyone ever get sick on the first day of a long awaited vacation? It's because your immune system isn't working and you caught a cold because of it. Then it takes your entire vacation (a relaxation time with no stress) to feel better only to be beaten down again by returning to your job. It's the vicious cycle of the modern world. Third, we lose empathy and become selfish.

Think about this for a moment. It is biologically impossible to have empathy with another human being when you are stressed. That part of the brain, the pre-frontal cortex responsible for empathy, gets shut down. Without empathy, we start to lie. If this kind of thing happens over and over and over in our society, then we become a sociopathic society with no empathy that is inherently selfish, i.e., what we are seeing a lot of today. The guy didn't really offer any solutions to the stress problem, but was merely focused on pointing out how stress affects all of us, and for us to be vigilant when we feel stressed so that hopefully we can seek help to deal with it before it becomes a serious problem.

After the day was over, I started to think that I'm glad I have a job that creates very little stress, and maybe there's hope for me to deal with my weight issues by embracing relaxation techniques combined with mindful eating.

Posted by Michael Offutt, Phantom Reader at 12:32 AM

Email ThisBlogThis!Share to TwitterShare to FacebookShare to Pinterest
Labels: domestic abuse, stress, This week I learned how stress affects us all and how domestic abuse is more insidious than many people realize