The universe of the Unbreakable movies is far more compelling and better than the Sixth Sense. 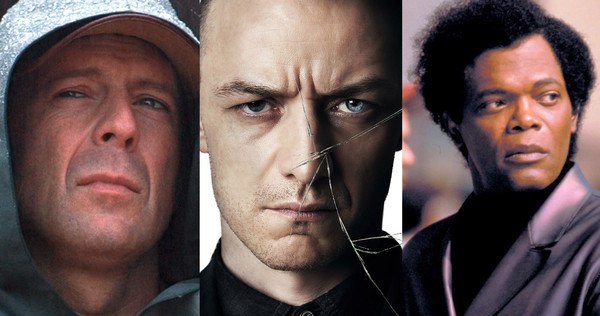 This post assumes that you've all seen the movie, Split, by now and realize it is the second installment (sequel) in the same movie series that contains the movie, Unbreakable.

M. Night Shymalan's greatest film is Unbreakable and not The Sixth Sense. As more and more of the ongoing story (which M. Night did not just "luck out on" but planned via the long game over many years) has its day in the light, I am convinced that Mr. Shyamalan is a genius that just had a bunch of bad beats.

Take for example these points:

1) The Horde character from Split fits perfectly within the Unbreakable universe, not only because (like Mr. Glass) he's the ultimate progression of what happens when you take something to the extreme, but because Elijah's mother in Unbreakable said, "There are two villains typically; one that fights the hero physically (the Horde), and the archenemy who fights the hero with his mind (Mr. Glass).

2) Kevin (the Horde) is actually in the movie Split as a brief cameo/Easter Egg when Bruce Willis goes to the stadium. He brushes up against a mom leading her child away, and he realizes that the kid is being beaten by his mom and that his dad was killed in the same train wreck that he survived due to his super powers. So Kevin was created by Mr. Glass in the same way that Bruce Willis's character was created. Furthermore, in that scene, Bruce Willis stares at the boy so (in fact) they've met before and I bet this will be shown in Mr. Glass when it comes out.

I don't know about you, but it actually feels good to be excited about an M. Night Shyamalan movie again.
Posted by Michael Offutt, Phantom Reader at 7:08 AM

Email ThisBlogThis!Share to TwitterShare to FacebookShare to Pinterest
Labels: Mr. Glass, Split, The universe of the Unbreakable movies is far more compelling and better than the Sixth Sense, Unbreakable