Everything magical has a kryptonite or your story arc just isn't any fun. 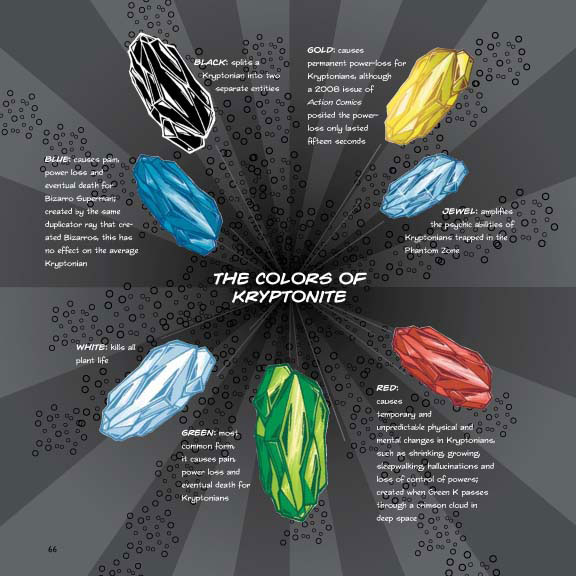 Recently, I started to read The Chronicles of the Deryni by Katherine Kurtz. They are quite entertaining, even with some unexpected head hops, but I'm sure she's really grown as a writer since these early novels popped onto the scene some fifty years ago. Her story plot, for what it's worth, reads in a similar vein to the X-Men.

To be clear, Ms. Kurtz didn't copy them by any means, because all of this stuff must have formulated in her head in the fifties and sixties. But she does use a plot device which (when I look back on it) is used in just about everything that has magic or relies upon a kind of superpower that can do incredible things. That being said, most of us know that magic equates to "fun." But sometimes, you just have to put the lid on all that "magic stuff" or your story unravels because your heroes are too powerful. For Katherine Kurts, this "thing" is called "merasha." It's a poison that affects magic-users, a.k.a. deryni, by stripping them temporarily of their powers and rendering them so sick that they can barely function. Does it sound like something else? You betcha.

So here's a list of things I compiled (aside from merasha) that are used to strip various magic-using or super-powered things of their ability to just solve everything with their special talents.

1) Kryptonite. It comes in all colors but it essentially has one function: to strip Superman down to a normal person so that a villain can beat him down.

2) Dampening collars in Deadpool 2. These are like slave collars, and their only purpose is to strip a mutant down by suppressing the X-gene that is the source of powers for these kinds of superheroes. When one is being worn, one has no powers and can be beat down.

3) Wands in Harry Potter. Strip away the wand and you have a wizard that is helpless and can be beat down. I like this particular device a lot because it seems less of a contrived plot thing and is less offensive and cliché. But if you examine it under the same light, it's exactly the same thing as kryptonite.

4) Ysalamiri. These are furry, lizard-like tree-dwellers in the Star Wars universe that produce a Force-neutral bubble. And (you guessed it), there only purpose is to power down Jedi so that they are helpless and can be beat down.

5) The spell "anti-magic shell" in Dungeons & Dragons and Pathfinder role-playing games. This spell renders all magic and magic items inert. It's sole purpose to exist is the same as above...to make characters assailable after they've become so powerful that nothing can touch them.

6) Being "worthy." This trope, used to great affect in Thor, is another way to make a character that is otherwise too powerful a schmuck that the universe can pick on.

7) The Omega Particle in Star Trek. This particle was a whole episode in Voyager and its purpose for even existing was to establish that there was a way to destroy subspace so that faster than light travel couldn't work in a sector. FTL travel is a very powerful thing, so there needs to be something to keep it in check if a story plot demands this.

8) Nosebleed in Firestarter. The dad in Firestarter (Stephen King movie with Drew Barrymore) was limited by his nosebleeds in how often he could call upon his power. Otherwise he'd just steamroll over everyone.

I'm sure there are dozens of other examples, but this is all I could think of at the time. It's just interesting how any story featuring magical/powerful beings needs to have some kind of mechanic to limit said beings or the story arc just isn't any fun.
Posted by Michael Offutt, Phantom Reader at 7:16 AM

Email ThisBlogThis!Share to TwitterShare to FacebookShare to Pinterest
Labels: Everything magical has a kryptonite or your story arc just isn't any fun, Writing