The Millennium Falcon has three droid brains in its computer and the idea came from Lewis Carroll. 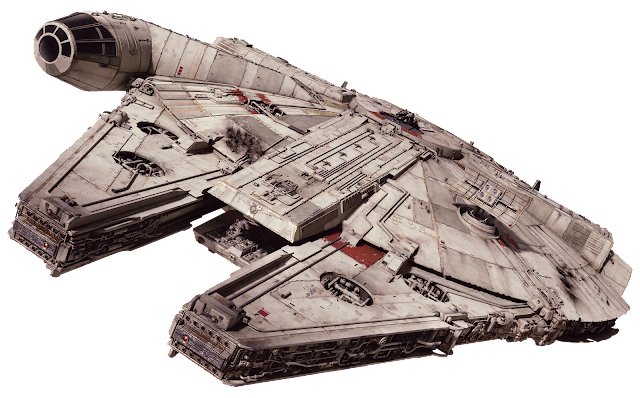 By now, most of you have probably seen Solo: A Star Wars story. If not, you are all at least probably interested in Han Solo and know some background on the Millennium Falcon. So I feel like I can discuss what happened in the movie (spoiler alert) to some degree without leaving a bunch of you behind in all the geekery.

In the movie L3-37, the droid abolutionist and intimate companion of Lando Calrissian (Lando is pan-sexual) had it/her mind uploaded into the Falcon to take advantage of one of the most complete maps of the universe so that they could escape the Kessel Mines (a point that has been bantered in casual conversation in Star Wars canon for decades). So when C-3PO talks about the Falcon's dialect in the original trilogy, it's probably L3-37 that Threepio is talking to (and this has been pretty much confirmed by the internet).

What I didn't know is this next part, which is something I discovered with a little research elbow greese. R2-D2's internal monologue in the Last Jedi novelization says that the Falcon has three droid brains in its main computer, and this "tidbit" was part of the original canon before Disney took over everything. Furthermore, this "three brains" thing in a computer can be traced back to Lewis Carroll, who was a mathematician and logician and who would have probably programmed computers if they had been available in his era.

The idea behind three sentient processors is that if they disagreed upon an answer, two of them could "outvote" a faulty one, whereas dual processors would simply deadlock and a single processor could possibly hand you the incorrect answer.

It makes me wonder if there's going to be a movie where droids rise up against their slave masters, and they are led by a sentient Millennium Falcon. I wonder if Stephen King would sue for stealing his idea?
Posted by Michael Offutt, Phantom Reader at 12:04 AM