Is Game of Thrones going to end with an apocalypse? 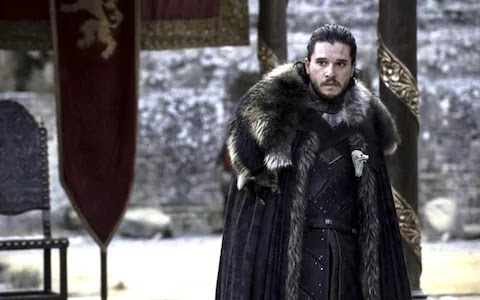 Guys, in the Dragon and the Wolf, the season finale of the penultimate season of everyone's favorite tv show, I gotta say that I had hope. I had hope that Cersei somehow (either because Tyrion said the right things or because she had thoughts of the welfare of her unborn child) saw the light. That she recognized the threat of the army of the dead and the Night King. But when she turned around and decided to back-stab the alliance, renege on her promises, and threaten her brother Jaime (who might have just escaped King's Landing with his life), that little bit of hope I was feeling got snuffed out.

How are the living going to defeat the dead? Their army just keeps on growing, and they have an ice dragon now that took down the wall (kudos to my friend Kevin who predicted as much on my post on Friday). As a side note, I'm kinda wondering what's up with Viseryon's breath weapon. Is it fire or ice? Blue fire? Cold fire? Whatever it was, it sure made quick work of that section of the wall. And it looks pretty cool. I'm not certain why Viseryon's wings are all tattered now though (other than it looks cool that way). I'm just not sure why they would be so tattered after being pulled from the lake, but maybe all the undead knocked holes in them or something.

I'm not quite in full despair mode for the next season (rumor is that it will be two years from now with six episodes each two hours long). Here are things I really was pleased to see that give me some glimmer of hope:

1) Littlefinger's dead. I was kind of thinking that Bran was telling the Stark girls what was up with Littlefinger and making sure that they didn't fall into his trap. I was surprised when they turned the tables on him, and it felt good to see Lord Baelish finally die. At this point in the story, he was completely useless, conniving and scheming while an army of the dead was marching down on them all.

2) It was great to see (finally) that Jon is not a bastard and that his last name is Targaryen. That's going to make the last season very interesting as he's the legit heir of the iron throne. I always saw Jon and Dany sitting in King's Landing when it was all over. But now, I'm pretty much thinking that everyone is going to die. There just doesn't seem to be a way to defeat the army of the dead without Cersei (I'm thinking of Qyburn's "scorpion" invention here). They need that tech to fire dragon glass arrows at the frickin' ice dragon or they are all going to die quite fast.

This season was a pretty wild ride. The final season will soon be upon us, and I suppose the whole world will be tuning in to watch. But is it too much to ask that the world doesn't end in an apocalypse?
Posted by Michael Offutt, Phantom Reader at 1:26 AM

Email ThisBlogThis!Share to TwitterShare to FacebookShare to Pinterest
Labels: Game of Thrones, Is Game of Thrones going to end with an apocalypse, The Dragon and the Wolf