I'm dreading the eclipse but I'm still going to try and watch it. 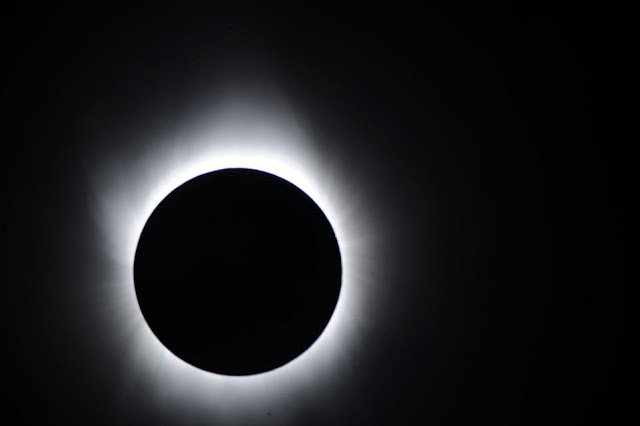 I've decided that I'm heading to the zone of totality for the eclipse that's scheduled to pass over the United States on Monday, August 21st. So I'll be pausing my blog until Wednesday of next week. You may wonder why this wasn't a "set" thing, and it's because I've been dreading the eclipse the more and more I hear about it. Driving there is going to be a real conundrum.

My hometown is in the zone of totality, but it's a town of only 50,000 people. And they are expecting half a million to try and drive from Salt Lake City to Idaho Falls this weekend. The local news has been saying that porta potties are going to be available on interstate 15 for the first time in history. Why? Because apparently the traffic jam is going to make Los Angeles traffic look heavenly in comparison. Reports are saying that people may run out of gas on the interstate (idling) as it were and that you should take food and extra gas tanks just in case. The trip to I.F. normally takes about three and a half hours. They are saying on the news to prepare (just in case) for something that takes twice as long.

Additionally, in my home town, the grocery stores sold out of food. Milk, groceries, bananas, you name it... Crowds hit the grocery store hard on Monday in a panic. Lines went around the block at every food outlet and gas station. All because of a solar eclipse and people questioning whether or not they will be able to get supplies.

This may be one of the worst decisions I've ever made. But I'd like to see the eclipse, and I already have glasses for it. I want to see the sun's corona live. I think it will leave me with a sense of awe. I hope it doesn't cloud out. If the weatherman says it will be obscured by cloud cover, I'm going to stay home. I bet there's a lot of pressure on the local weather people here to get the forecast for Monday just right.

Anyway, to anyone else out there that's trying to make the trip, I wish you good luck. See you on the far side of the shadow.
Posted by Michael Offutt, Phantom Reader at 12:13 AM

Email ThisBlogThis!Share to TwitterShare to FacebookShare to Pinterest
Labels: I'm dreading the eclipse but I'm still going to try and watch it, the eclipse of 2017