Wonder Woman is finally here and I'm so excited. 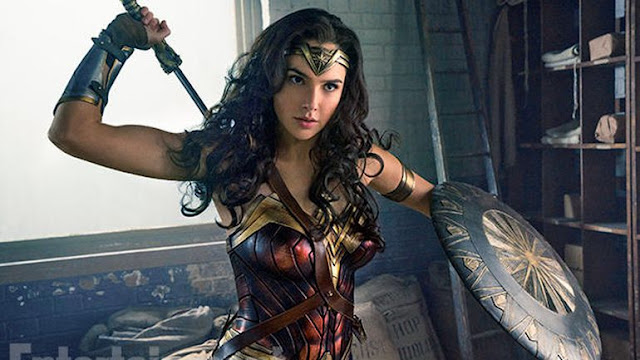 This Friday, the only female superhero that has survived all the way from the golden age of comics in the 40's to the present-day gets a movie with all the Hollywood trimmings. It's the first in decades. The early reviews on Rotten Tomatoes stand at 97%, which has REALLY got me excited. But to say that Wonder Woman is a hero for the ages understates her icon status, which managed to succeed in a primary audience of young boys. That's a feat of which DC comics should be proud.

Wonder Woman as a character was designed from the beginning to not just be a powerful woman, but a symbol of feminine power. It also helped that her origins were tied so closely to Greek mythology, which every kid in elementary school grows up learning to appreciate alongside works of fantasy. I love how Marv Wolfman and George Perez reinvented Wonder Woman in the eighties, and her more recent reinventions/reboots are equally impressive. Also, it can kinda be said that on the Marvel side of comics there really is no equivalent. Captain Marvel falls far short. Even 75+ years on, Wonder Woman stands alone.

Wonder Woman may (in fact) be the most famous heroine of all time. Readers please correct me, but is there someone else? No offense to the Lara Crofts, Buffy's, or Princess Leia's out there, but no one else has graced everything from lunch boxes, to wall murals, to t-shirts. I'm seriously challenging you to come up with another name that's as well known/famous as Wonder Woman.

Early reviews for the movie peg it as the best film since The Dark Knight (directed by the genius Christopher Nolan). That's high praise. And what we get in this film is not the relentlessly grim, cynical take of iconic characters that have sprinkled DC movies for the last few years, but a character played to Diana's strength. One reviewer said that she comes across as "vulnerable, optimistic," while having a "moral core." I think that's super cool.

I think the long drought of poor DC movies is over guys.

Posted by Michael Offutt, Phantom Reader at 8:42 AM

Email ThisBlogThis!Share to TwitterShare to FacebookShare to Pinterest
Labels: Wonder Woman, Wonder Woman is finally here and I'm so excited