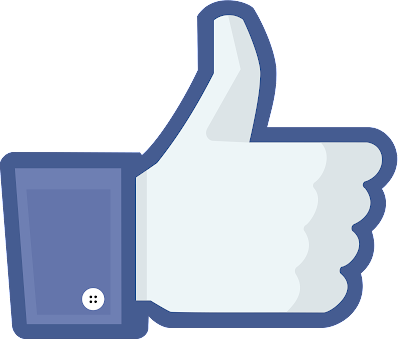 This weekend, I asked myself the question: why do we like what we like? I suppose it popped into my head because my friend Sasha asked me if I wanted to go fishing with him and another friend of his on Sunday. I could tell that Sasha was delighted at the prospect of fishing. However, what ran through my head were memories of how much work it was to get a canoe into the lake (or for that matter all the hiking it took to get to a place where one could fish by a remote river). I remembered getting these migraines because the sun would beat down mercilessly on my head, and then having to dig deerflies out of my hair with my fingers. Then there were the tedious hours waiting for a fish to strike, rubbing sunscreen (which felt sticky on my fingers and skin) into my flesh and watching the glare of the sun reflect off the water. If I needed to go to the bathroom, it was in the woods, hunched over and uncomfortable. Finally getting a fish didn't end the misery. The things are covered with a kind of slime that protects their scales in the water and it gets all over your fingers. And then there's the whole unpleasantness of smacking it on the skull to kill it before you gut the thing. All of that went through my mind in a flash, and I said, "No, but thank you for inviting me. I don't like fishing."

That night, I went to bed thinking of why I'm so different. Why (as a man) don't I like fishing? What's wrong with me? So I googled, "Why do we like what we like?" And it turns out, I learned a little bit about myself and other people. The article that I seemed to identify most with appeared in July 2010 on NPR as part of Science Friday with Ira Flatow. Ira asked the author of a book called How Pleasure Works a number of questions regarding why people like some things and not others. The answers (it turns out) are fascinating.

Dr. Paul Bloom (a professor of psychology at Yale University and author of the above book) said this: "When we get pleasure from something...it's based on what we believe that thing to be." So if you (for example) are listening to some scruffy street performer, then no matter how talented he actually is, it won't sound so good to your ears. Want another example? Wine (apparently) doesn't taste as good unless you know it's expensive or special in some way. Here's a third example: in the world of art, a painting is going to look different to you, and you're going to value it differently...depending on who you think created it.

The implications of all this are pretty amazing. For one, art is never accidental. According to Dr. Bloom, the thing that distinguishes one piece of art from something that isn't art is the intent behind it. Through his research, Dr. Bloom has found plenty of evidence to suggest that how food tastes depends on what you think the food is, or how sexually arousing a person is depends on who you think that person is or how special they are.

So, if I apply this observation that Dr. Bloom has made to my revulsion of fishing, it means that (for me) I don't see the activity in the same light that everyone else sees it. In other words, during my formative years, it was impressed upon me that fishing was a great difficulty with little reward. It oftentimes meant isolation, because my father (a misanthrope) always wanted to isolate himself in a place where he would never see anyone, and where we were at the mercy of terrifying weather on enormous lakes. And because that's the only way I can see fishing as an activity, I don't like it. But others (with different experiences) probably envision good times and noodle salad.

I love thinking about stuff like this. As much as we all think that we are free to like whatever we want, our brains are wired to like things based on how special they are within social context. This goes for writers and readers too. Would you ever read a book that had twenty one star reviews? Probably not, because we are wired to like things that have value to them. It's such a mind trip, and it gives me new appreciation of the power of Facebook. The act of "liking" something on Facebook gives it true power, because it will sway the opinions of those that don't (whether or not they will ever admit to that).

Posted by Michael Offutt, Phantom Reader at 12:22 AM