Alien Covenant wants to know if a creation owes its creator anything. 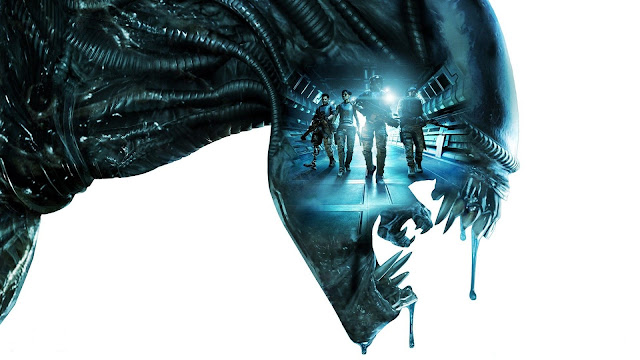 Alien: Covenant beat out Guardians of the Galaxy over the weekend, and that makes me happy. I've always had a soft spot in my heart for Alien movies that have high production values (courtesy of Ridley Scott). This particular movie was also rated-R, which makes it even more of an accomplishment because of the significantly reduced audience size. Any Alien movie that isn't rated-R would automatically be a red flag to me. The xenomorph and everything that has to do with it is such an originally terrifying creation that getting an "R" rating in this case is pretty much a badge of honor.

So did I like the movie? Yep. But I also liked Prometheus. If you are looking for a continuation of the story that was started in Prometheus, more spectacular scenery of the Engineers including another Engineer ship and a fantastic city of Engineers, and then on top of that more symbolism...you will find those aplenty in this sequel. No explanations are handed out to you either. Rather, the director assumes you are intelligent and in watching the events unfold on the screen, you actually get quite a few answers about the Engineer civilization and the continuing story of David the android. Ridley Scott does a great job of framing the entire Alien saga as a basic struggle between a creator and the thing that was created. It's actually kind of mind-bending and fascinating.

Does a creation owe its creator anything? It's that kind of basic question that is answered in Alien: Covenant. I just hope there are more movies, because I have different questions now than the ones I was left with at the end of Prometheus.

Posted by Michael Offutt, Phantom Reader at 7:33 AM

Email ThisBlogThis!Share to TwitterShare to FacebookShare to Pinterest
Labels: Alien Covenant, Alien Covenant wants to know if a creation owes its creator anything, Prometheus