Star Wars Rebels is already over. 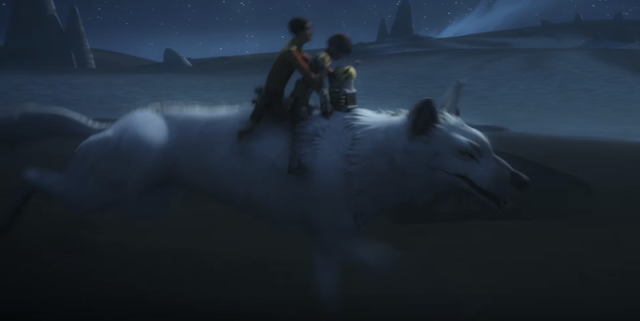 Well that's a disappointment. At Star Wars Celebration Orlando, Disney announced that the upcoming fourth season of Star Wars Rebels will be its last. I'm disappointed, only because I rather liked Star Wars Rebels. It had interesting connections with the universe at large, introduced us to the screen version of Grand Admiral Thrawn, drew connections to the movies, and allowed us to revisit beloved characters like Wedge Antilles (he's so goofy that it's pretty adorable).

The trailer (which I embedded below) for the upcoming fourth season is pretty heavy. But maybe Star Wars is at its best when the stakes are high and everything is falling apart. When Rebels first launched, I had my concerns that it would never live up to the growth I saw in Star Wars: The Clone Wars by Cartoon Network. But Rebels established itself pretty quickly as a show willing to commit to its premise and conflict especially in the back half of each season. Yeah, it was kind of goofy as a kid's show is aught to be, but it also got serious when it needed to (like in the showdown fight between Darth Vader and Ahsoka Tano--a character arc that was literally seven years in the making).

The most interesting character by far has been Kanan, mostly due to the fact that he's basically a fallen Jedi, and the Jedi are very interesting plot devices. However, Sabine has really grown on me, and her Mandalorian connections and the fact that she has the darksaber is quite cool. I also like the influences from Princess Mononoke that obviously made their way into this trailer for the fourth season.

I'm also still convinced that Ezra will end up being Snoke at some point. I guess we'll see.


Maybe by ending this series in season four, it means that the last season will be spectacular. Let's hope Disney gives it the sendoff that it deserves.
Posted by Michael Offutt, Phantom Reader at 7:46 AM