The Juicero juicer is just the latest money grab from unscrupulous people in a long list of money grabs. 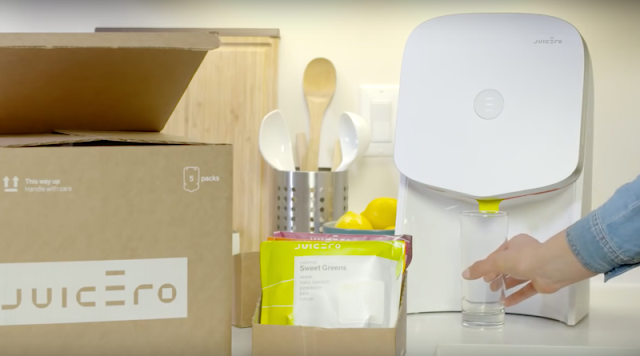 This blog post is a rant. By now, you've probably heard that Juicero, the $400.00 juice machine that used to be $700.00, was based on a lie. In case you haven't heard of it, the juicer was the vision of yet another capitalist crook who wanted to reinvent something that didn't need to be reinvented, only this time, it's actually caving in on him and his start-up (which the world didn't need in the first place).

There are actually a lot of things that the world doesn't need, but because of capitalism and greed we have them anyway. We didn't need Uber or Lyft. Society had taxi drivers who were doing just fine, as hobbled as the industry was with local laws and regulations. But that's just the thing...those laws and regulations are there for a reason and when a start-up brands itself as "genius" because it smells a way to make tons of money by ignoring those aforementioned regulations to conduct business, it is not "disruption" or "brilliant." No, it's being an asshole.

More examples of things the world doesn't need? How about planned obsolescence. Planned obsolescence is why you have to buy a new phone every two to three years, or why you have to upgrade your computer, or why you need to change your light bulbs. Things are made to expire. Wouldn't it be great to live in a world where things didn't expire because humans programmed them to? It would certainly help people get ahead on things that matter.

And what about monthly payment plans? The monthly bill that never ends is starting to spook me. It seems like no one wants to sell you just one thing and be done with it anymore. In today's day and age, for a company to be successful, they need to deliver a bill to you on a monthly basis. I dread the day when movie theaters reinvent themselves and refuse to sell tickets. Instead, you'll need a subscription that you just pay monthly, in order to see new release movies. Or the day when your Windows operating system on the computer becomes subscription-based, and if you don't pay up, you don't get access to any of your files.

Being able to buy one thing that lasts for a long time is a cornerstone to being able to build wealth. For example, I bought a really nice saute pan with a lid this weekend, and it is guaranteed for life. I may use this thing for the next thirty years. That's a great deal. More things in life should come with that kind of longevity. It would be better for the health and well being of the nation.

I think I'm more bothered today by what I'm seeing "out there" than ever before. In my parent's day and age, it was a given that a person could expect to be treated fairly whenever business was conducted. People had a switch in their heads that made them realize it was morally wrong to cheat someone. But in today's America, you have to be extra vigilant to be able to get even a fair deal. On most business transactions, you've probably been taken advantage of and just don't know it. And more and more, business transactions are going horribly wrong. The mortgage and home building industry (as just one example) seems to be teeming with sharks ready to tear anyone to pieces that dares to dream of owning a house. I was sickened when I saw how a local home builder here in Utah out in this place called "Daybreak" had cheated a bunch of people that had bought townhouses by using the cheapest, shoddiest materials for construction and then hiding it. Only, it didn't stay hidden for very long because things started crumbling, which is now costing hundreds of thousands of dollars to fix, big lawsuit incoming.

Some days I feel like everyone is lying, I feel like everyone is dishonest, and I feel like facts no longer matter. I feel like there's a reason for all of this, and it's because we (as a society) overemphasize and worship the rich. I wish there was someway to make it stop. It's not that I'm against capitalism, but I am against cheating someone just to make a buck. If you have an honest invention that people need, then you should be paid a "fair" price for it. But never, in any reality, should a juicer cost $400.00 (and that's just one example).
Posted by Michael Offutt, Phantom Reader at 12:08 AM

Email ThisBlogThis!Share to TwitterShare to FacebookShare to Pinterest
Labels: capitalism is bad, crooks are everywhere, The Juicero juicer is just the latest money grab from unscrupulous people in a long list of money grabs