Ghost in the Shell was a visual feast of a movie that ended up generating a lot of questions that I'd like answers to. 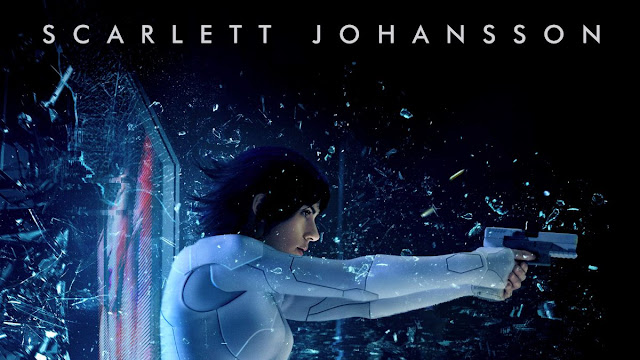 I saw Ghost in the Shell a couple of weeks ago. My thoughts on the movie took a while to gel, particularly regarding the whitewashing. My first thoughts center around why? As in why does Hollywood whitewash in the first place? Studio executives who greenlight projects obviously have their own answers, and they certainly don't owe me an explanation. But in my head, I think that whitewashing occurs for a few reasons (some of which I post about below):

1) Lack of racial, ethnic, and cultural sensitivity. This one's easy to point out (especially post-presidential election). "Back in the day," minority characters were typically characterized as immoral, criminal, simpletons, or as comedic relief to the white protagonists in film. But why is it still happening today? To be honest, I'm not quite sure, but there's plenty of evidence to suggest that America in general still looks down in its minorities.

2) However, maybe the answer is just capitalism? After all, Hollywood is in the business of making movies that appeal to a specific audience, and most of America is still white. And it's really not that far of a stretch to assume that people like to see stories with others that look like them. Psychologists have known about this phenomenon for a long time now. And it's why a lot of young adult books feature female protagonists (because the audience of young adult books skews heavily female).

3) Or maybe the answer is inertia? The people in charge of the studios might be coasting on the success (and assumptions) of yesteryear and make casting calls based on what they expect US film-goers are looking for, all in the pursuit of repeated hopes and dreams.

But whatever the answer may be, Ghost in the Shell was a visual feast, full of action and coherent writing, and (as a result) an entertaining movie (in the same vein as Doctor Strange was entertaining) even though both of these contemporary movies whitewashed certain characters for no apparent reason. That being said, I also want to pick your mind (as it were) on another point of thought.

For those of you that saw the film, did any of you draw an obvious connection between Ghost in the Shell and HBO's Westworld? I know Westworld came first, and was originally written by Michael Crichton (who was a genius I might add). However, I didn't immediately see the connection. It only became obvious later during the context of a conversation I had with the guy I've been kind of dating (may be a strong word to use but I'm going there) when we both brought up the morality of having robots that are so lifelike that they are indistinguishable from actual humans. When does exploitation start? When would it be amoral to expect a robot to perform a task that you would never ask a human to do? These kinds of questions are made even more fascinating if you consider that Disney is (more and more) commissioning the use of life-like robots in its theme parks. Sure it's a ways off, but you know that someday there are going to be life-like robots. We might as well start thinking about them (as a society) to try and anticipate what we can expect them to do and not to do. It's all very creepy, isn't it?

And then there's the question about immortality that's triggered by the film. SPOILER ALERT...the protagonist of Ghost in the Shell has her brain basically loaded into a synthetic body. She retains her essence (called her ghost) but the body is completely different to the one in which she was born. If this were a medical option and not science fiction, would anyone actually take it? In other words, if (at your death) you could be saved by having your brain/ghost loaded into a robot body, would you ever choose to do that? For me the answer is a resounding "no." I think living a lifespan that long would greatly diminish my ability to experience happiness, and I'm pretty sure I'd just get tired of all the long years.

However, I'm interested in hearing if any of you would take that option. Please respond in the comments :).
Posted by Michael Offutt, Phantom Reader at 12:01 AM

Email ThisBlogThis!Share to TwitterShare to FacebookShare to Pinterest
Labels: Ghost in the Shell, Ghost in the Shell was a visual feast of a movie that ended up generating a lot of questions that I'd like answers to, Hollywood whitewashing