Before I dive into my review of The Summer Dragon by author Todd Lockwood, I wanted to first tell you a little about who he is. I first came across Todd Lockwood's artwork when I saw the picture below, called Cerberus. I was moved by how detailed and grotesque the art piece happened to be. And the one that pointed out how brilliant a piece it was happened to be another artist that I greatly admired: Michael Whelan. 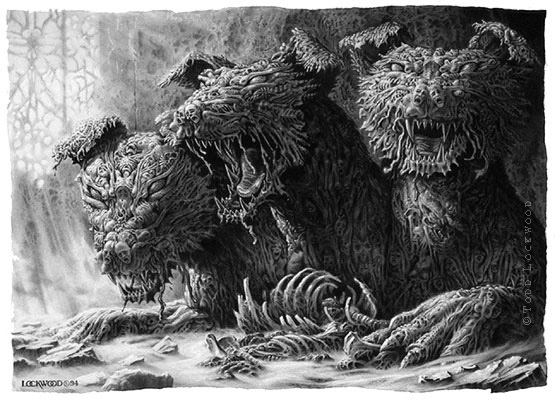 Some of  you may find the art piece absolutely grotesque, and I get that. But I was hooked by this piece and knew that there was something special about Todd. I was overjoyed when Dungeons & Dragons hired him as an artist to do their third edition of the game. More than anything, Todd's passion really seemed to emerge in drawing dragons (one of my favorite mythical creatures). His attention to detail is incredible, and seemed to lend itself well to what I considered to be a tired and cliche kind of creature. The way Todd thought about them gave all the notions of dragons that I had clunking around in my head a completely fresh take. Here are a few pictures that I've included below so you can see what I mean: 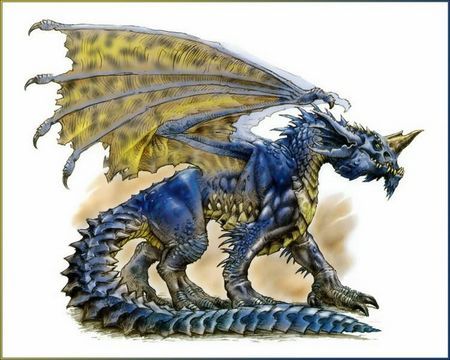 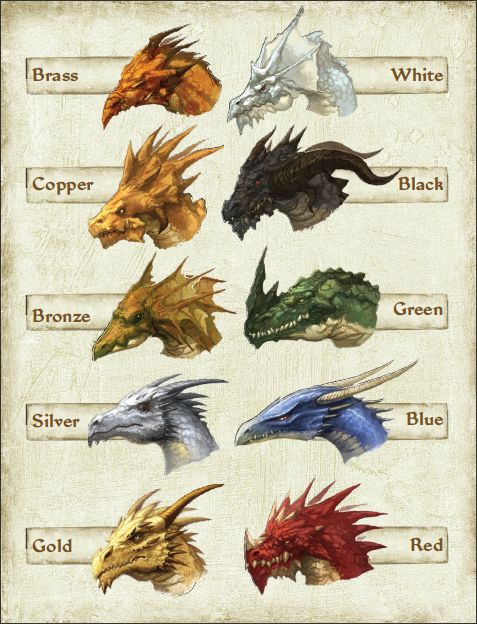 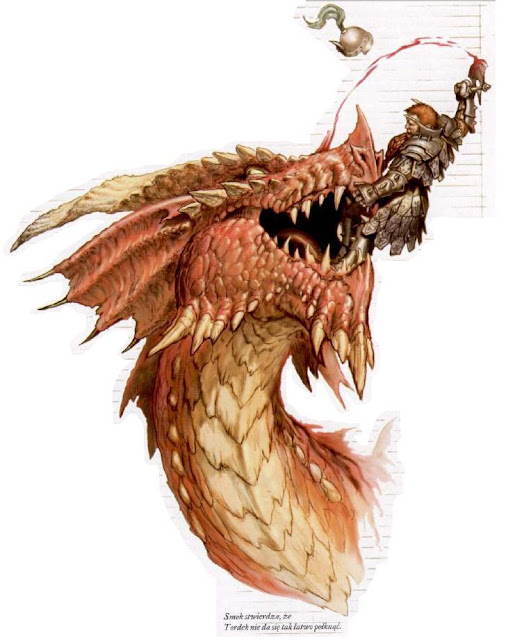 In the three pictures, each dragon has a completely different personality and build. Todd just didn't color them differently, he thought of his dragons as possessing wildly different head qualities and neck lengths and musculature. To be fair, a lot of this groundwork had been laid with artists Larry Elmore, Jeff Easley, Kevin Parkinson, and Clyde Caldwell. However, Todd really struck a nerve with me as  his portrayals of dragons were incredibly graceful, and his use of color was very modern as opposed to the loud, stark oil colors that screamed "I was painted in the 1980's!" that decorated every Dungeons and Dragons 2nd edition module published by TSR (the parent company of D&D before Wizards of the Coast acquired them with their truckload of money made on Magic: The Gathering).

When Hasbro bought out Wizards of the Coast in and around 2002, they fired all of their art staff (Todd included). He remarks in The Summer Dragon that it was painful to hear the executives come in and say, "Fantasy art is a dime a dozen." It's a crude way to think about art, and it's probably true for the most part. Just look at all the art that graces each Magic: The Gathering card (it's 74th expansion releases this month). They probably pay (at most) a hundred bucks a piece for those art pieces because there are so many "artists" out there begging for employment (yes, the market is flooded). And don't get me wrong...some of the art on Magic: The Gathering is quite good, but a lot of it (in my opinion) is just junk. You can tell someone spent an hour on it. I suppose this brings me to one important point I want to make: being able to draw, especially with Photoshop's tools, has never been easier. Photoshop has the ability to make drawings photo-realistic, and to do backgrounds so easily that it's kind of ridiculous. All you have to do is just create another layer and go to town. You do still have to have some talent to draw faces and shapes, but a lot of it can be done by a person who's just savvy enough to use all the tools that the program has to offer.

As an amateur that has dabbled in fantasy art, I can tell you that for me, it used to be a priority to try and get as photo-realistic as possible. Think of it as increasing the resolution on your television. The more the resolution, the better, right? It becomes more "realistic" that way. But with everybody doing it through computers (and achieving that goal), I've found that I have a new appreciation for art that looks hand drawn/painted, where I can see a blurriness and stroke lines to the edges and I think, "I know how they accomplished this effect."

Anyway, after Todd Lockwood was no longer employed by WOTC, I kind of lost track of him. I still recognized his art whenever it popped up here and there because it always has this effect of making me pause when I spot it out of the corner of my eye. I'll be just going about my business when I see a painting he's done on a book cover, stop, stare at it, and then investigate to see who the artist is. Nearly every single time, it was a new Lockwood painting. And that's what happened with The Summer Dragon. 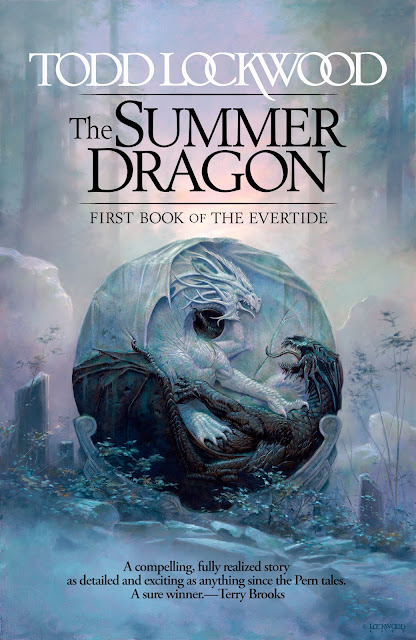 I was in Barnes and Noble looking for a book to read because of my lack of internets at home when I saw this cover in the "New Release" section. I remember thinking, "Wow this is beautiful," and then glanced up at the author and saw "Todd Lockwood" written there. I thought, "Is this a book of his art?" So I picked it up and started flipping through it. Lo and behold, it was his debut novel, and I was like..."Okay, I have to buy this. I don't care that it's like $20.00 for a hardcover." I immediately knew that this was a work of passion for Todd. He book-ended the hardcover with an illustration of a dragon aerie (a place where dragons are raised) that is situated on a cliff. The illustration in the front of the book shows what it looks like to approach from one side; the illustration in the back of the book shows what it looks like to approach from the rear (waterfall, winding road, etc.). I was blown away. And then, he also drew the interior maps, one of which is in complete 3D. 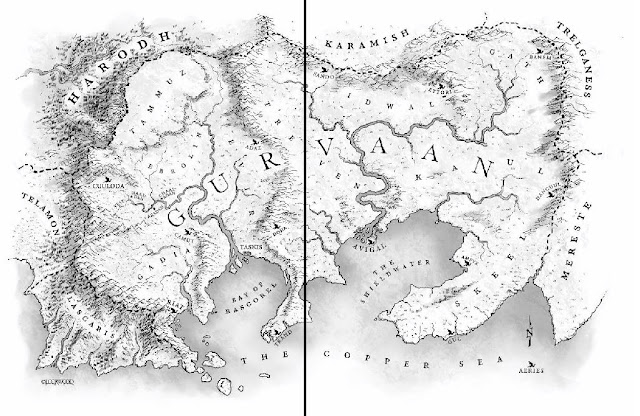 There are 21 total interior illustrations, all done by Lockwood. For a debut author to have that kind of support from a major publisher is incredible. But then I thought, "It's not like they could have hired anyone to do all of this stuff because the best artist in the business right now is either Todd Lockwood or Michael Whelan." It's at that point that I realized the publishing company probably didn't even pay him for these illustrations. This was Todd's book, and he was breathing life into his world with all the passion that he could. That's when you know a story is going to be incredible: the author is involved with every step of development. Below is one of the interior illustrations (just a chapter head) that shows Maia, the protag of the book: 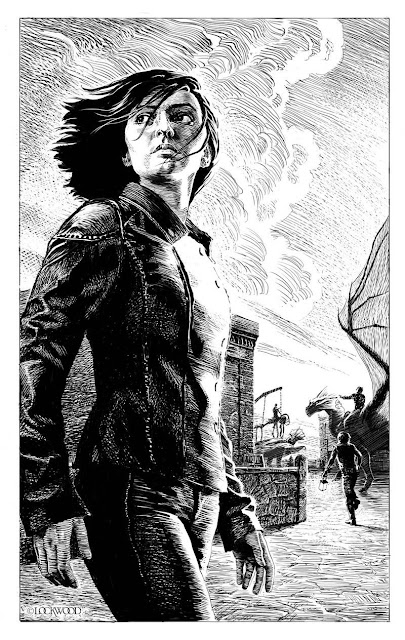 So you may be asking at this point, "Did I like the book, despite being a fanboy of this artist/writer?" The answer is an emphatic yes. I'd give this book five stars in a heartbeat. It's part one of a larger story called "The Evertide" so you need to know that going into this thing, you'll be waiting for the author to finish the story in installments (although I seriously doubt we are looking at a George R.R. Martin span of decades).

On the surface, the story is one of good versus evil. However, what Lockwood does differently is to subtly tweak and reinvent things I've seen in the fantasy genre without going into what Brandon Sanderson says is a must: magic systems. Lockwood is in love with his dragons. He explores the training of them, the cutting of holes in wings to put saddles on them, the flight training and mating of the dragons, and just about any detail you could possibly want so that they seem like real characters to you by the end of the book. He fleshes out each character to the point that you can visualize them in your head and can pick out who's talking simply by reading a quote. 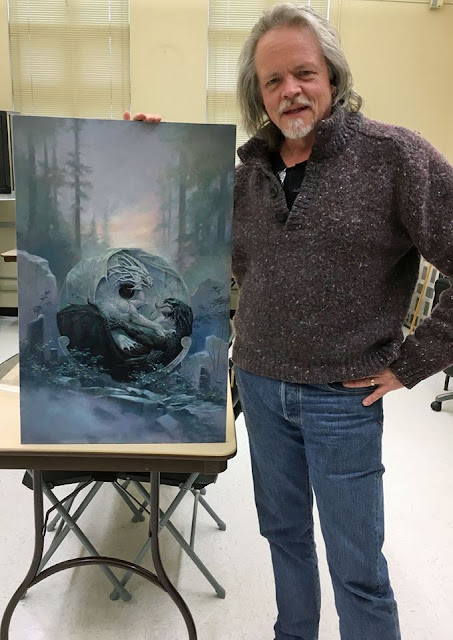 The main character is Maia, a girl who lives in a dragon aerie (a keep that specializes in raising dragons from qits) for an empire that needs them. When the empire takes all of one year's harvest of qits, she goes to find a wild qit (spurred on by a sighting of a rare mythical dragon called "the Summer Dragon.") The world-building that takes place in the story is subtle, but fast-paced. We learn that a lot of the population of the world is ignorant of its history. Ruins that Maia explores on her own are mysterious to her (even though they are next to where she lives) because little is known of who built them. And the religion of the world is closely tied to what the population believes at large. If there's a group of people that believe one thing, then there's a kind of god or mythology that arises out of that. With the growing presence of evil, it becomes apparent that there's also a change happening in the group think of the world, i.e., a large population of people are embracing evil ways. It's really interesting and different to fantasy ideologies that I've seen in the past.

I won't spoil any more of the plot details, but if you are looking for a good book to read, it would behoove you to check out The Summer Dragon. Every page is dripping with the author's passion for his own story.
Posted by Michael Offutt, Phantom Reader at 12:41 AM