Last night's episode of the Flash was a whirlwind of Earth-2 awesome and doppelgangers and Easter eggs and all the comic book love. 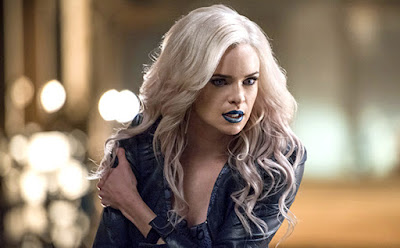 You know those weird episodes that inevitably occur in a science fiction series where "Kirk gets to meet 'opposite universe' Kirk" (for lack of a better example)? The Flash's insane dynamic allows that to happen all of the time if the writers want to, and it's absolutely brilliant.

Tuesday night's episode of The Flash was the funnest one yet because the whole Earth-2 thing allows the cast to step into roles that they normally would not be able to do. Caitlyn Snow, Cisco, and Firestorm were all evil. And Barry? He was a complete adorkable C.S.I. married to his true love Iris. But let me re-iterate that Cisco was evil! How cool is that?

I loved the doppelganger of Cisco (code-named "Reverb") because 1) he may have been a villain but he was a villain with a certain kind of geeky style, and 2) he was so much more powerful than his alter ego "Vibe." This is going to open up so much potential for the character as (for the first time) Cisco realizes he's got some awesome powers only hinted at in Reverb's monologue. I for one want to know more about how he could short out someone's nervous system and the whole telekinetic push thing he did to the Flash was pretty awesome too (so yeah, more on that please).

Oh and we saw Supergirl! I know the news broke that there was going to be a Flash/Supergirl crossover coming, but it made me squee to see Supergirl in the actual vortex/portal leading to Earth-2. 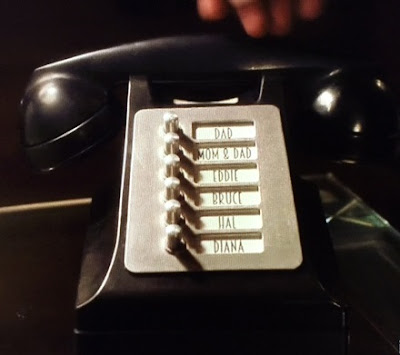 On Barry Allen's phone were labels that said, "Bruce, Hal, and Diana." If you don't know, those are the alter ego names of "Batman", "Green Lantern", and "Wonder Woman!!!" I just about had a nerdgasm.

And finally, Caitlyn Snow is one step closer to creating "Velocity 9." Now in the comics, Velocity 9 was created by the magic-using Vandal Savage (who is an awesome Legends of Tomorrow villain--that guy is bad ass). However, in the CW's version it could just about be anything that they want. It is interesting that they are going to introduce it though, and I'm excited about the results.

It truly is official: the CW is my FAVORITE channel.
Posted by Michael Offutt, Phantom Reader at 12:03 AM

Email ThisBlogThis!Share to TwitterShare to FacebookShare to Pinterest
Labels: Last night's episode of the Flash was a whirlwind of Earth-2 awesome and doppelgangers and Easter eggs and all the comic book love, the Flash