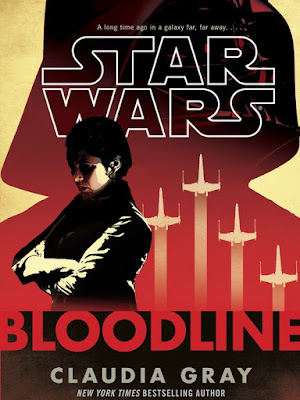 The glamour of movies will always shine brighter than what we see on television. However, I think television is by far a greater medium by which to showcase tales from all but the most simple stories. If yours is a story that has a plot with just a few characters in it (and it's fairly straight forward) then that's probably going to translate to film really well. But for just about everything else, there's too much information and too little screen time to devote to proper exposition. Take Game of Thrones as one such example.

George R.R. Martin has been very clear about wanting to have a movie that showcases his work. But most authors are in this camp: "please Hollywood make a movie from my book." But as can be seen with Game of Thrones, the story is too long, too involved, and has too many characters. I've heard from plenty of Harry Potter experts that have said the same thing about the movie adaptations: too much stuff was cut out. Well, television would solve this by making each book a season unto itself.

Another more recent example is Star Wars: the Force Awakens. I read on io9 that there was "going to be a scene in the movie where Leia acknowledged that her former colleagues in the senate were just as likely to want to have her killed as they were to ignore her." All of this is talked about in Claudia Gray's Star Wars book called Bloodline (which is all about Leia Organa). Assumedly, the book is there to show us that Leia really did have a bad relationship with the New Republic. Here's some text from the book:


Leia settled into her chair, picked up her napkin — and stopped.

Something was written on the paper streamer on her plate. Actual writing. Virtually nobody wrote any longer; it had been years since Leia had seen actual words handwritten in ink on anything but historical documents.

But today, someone had left this message on her plate, only one word long:

Leia shoved her chair back, instantly leaping to her feet. “We have to get out of here,” she said to the startled senators at the table. “Now. Go!”

Don't you think that something like what's written above to provide context for the movie should have been in there? But then that opens up a whole 'nother can of worms. How much is too much information? Writers and readers hate the dreaded "information dump" but the thing is, when we create entire universes, we also create a lot of information.

So I guess what I'm saying is that most science-fiction and fantasy should just be abandoned by Hollywood so that television producers can pick these stories up, because television has the time to disseminate information. Leave stories like Seabiscuit to be adapted into movies. No information dump needed. But complex stories like Star Wars should be told in weekly installments of one hour each.

What do you think?
Posted by Michael Offutt, Phantom Reader at 12:20 AM

Email ThisBlogThis!Share to TwitterShare to FacebookShare to Pinterest
Labels: If your science fiction or fantasy story could benefit from an information dump it belongs on the small screen and not the silver screen