I Signed With A Mid-Sized Publisher

I got a nice surprise in my email box on Friday. My sci-fi novel called SLIPSTREAM is going to be published by Double Dragon Publishing and Media Group in 2013. I know it's not one of the Big Six but getting an agent for my sci-fi novel is impossible. I have no idea why. Maybe it's because of the subject matter (there's gay people in it...shhh don't tell anyone :P), or maybe it's because I'm a nobody, or maybe it's because I put a second space after a period in my query letter. Whatever the reason, it has resulted in nothing but rejections, many of them of the form variety. Some even arrived like fifteen minutes after I sent them...talking about blazing fast return. I don't think my query is bad (you can view it in the "Books" tab above as I'm using it to explain what SLIPSTREAM is about). I whittled it down, read Janet Reid 'til my eyes bled, wrote, waited, revised, and wrote again. Two partials and one full manuscript request and 70 some odd rejections later, I decided to look at other options. Just as an f.y.i...one of my partials came with a one line rejection: "LOL. I can't represent this." I've struggled to understand exactly what the agent meant by that especially with the "LOL" attached to it.

Now...just to be clear...this isn't the novel that I said I would be querying in an earlier post a couple of weeks ago. That particular book I'm still hopeful for. I sent out 8 queries to 8 agents and have gotten four rejections. Why only eight? Because, I'm slow, I like to watch t.v. and my friend Stephanie Schmidt has it right (I think) when she advised "don't blanket the world with queries so you can catch mistakes later." So yeah...I'm still querying that other project.

So I got the email from C.E.O. Deron Douglas himself. This is what it said:

I read it twice just to make sure that it wasn't another rejection. Then I said yes. :)). So without further ado, here's a little about Double Dragon Publishing gathered from their Facebook and website:


Double Dragon Publishing is a medium-size publisher with an expansive catalog of Science Fiction, Fantasy and Horror titles. Many of our authors are award winners with "Best Seller" track records that extend over a number of years. You can purchase from our website, or from an extended retail network which includes Fictionwise, Barnes and Noble, Amazon, Sony, Kobo, MobiPocket or Apple to name only a few.

Double Dragon Publishing is a Canadian company responsible for the publication of many top rated eBook titles in a variety of genres. Composed of a number of imprints, Double Dragon eBooks is by far the largest division under the DDP umbrella with over 1000 titles and 8000 editions. This is our flag ship imprint established in July 2000.


If you're wondering how I found this publisher, I actually got led to it by Piers Anthony, an author that I've widely read and one who had nothing but good things to say about them on his website. Additionally, I checked these guys out online with the Absolute Write Water Cooler and they are legit. This seemed good enough for me.

What can I expect?
1) Professional editing. I will get assigned an editor sometime in 2012 that will go line by line through my book. I get the impression that it will be edited by multiple people and proofread exactly twice before publication. I can't tell you how good this is. I'm an excellent self-editor but I miss stuff. Plus I hired an editor at my own expense and in the future, I won't have to. All sequels that I write will automatically be accepted for publication. This is such a relief because I feel like I've been writing in the dark for years and I have a huge story to tell with A Crisis of Two Worlds.

2) Cover Art. I read Patrick's blog and he occasionally talks about cover art. Cindy Borgne does too and I had no idea what I would do for cover art. I would like it to be simple...ideally just a glass spider giving off silver light sitting on a brick wall. That'd be perfect. But I have no idea how to draw a glass spider or fill it with shiny gears and switches. Nor do I know how to paint webs that carry information like fiber optic wire. Meh. I also really like the cover art that is gracing many of the Double Dragon books so that is another plus. Here's a sample from one of their books: 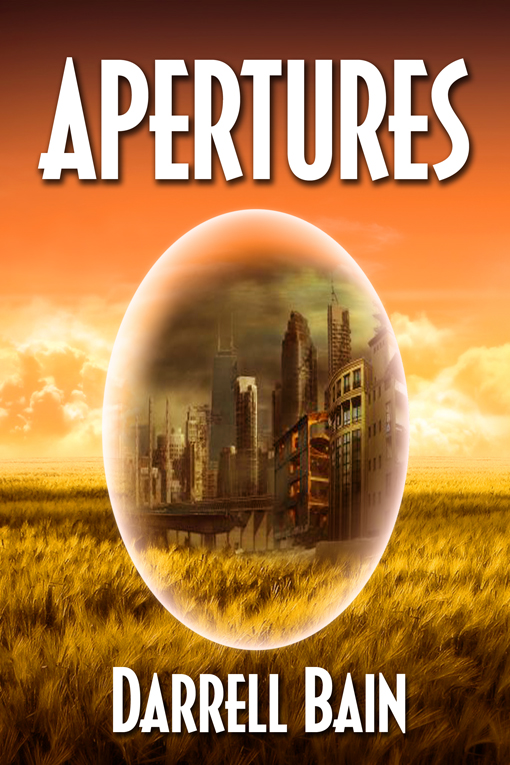 3) All the usual formatting and primping and placing of the book in the usual online areas. They even do some advertising but I've no idea what kind they do yet. Marketing will be mostly up to me and I don't really have a problem with that. And I've made a lot of blogger buddies so I'm hoping that in a year or so (if I get a little countdown widget) that some of you may help me by posting it in a sidebar just to get more exposure.

On marketing, another thing that I like about being published by Double Dragon is that I can still go to the book bloggers that I was going to target because they accept manuscripts produced from mid-size publishers. They just won't accept any from self-published authors. So I have doors that are open in that area and I think that's a good thing.

As I've spoken to some of my close friends this weekend, I think that for me, in order to get anywhere, I needed to start somewhere. If I get published and get a name out there, I will be more attractive to agents in the future (with unrelated writing projects) because an editor actually saw merit in my work. Additionally, Double Dragon has made a name for itself as the largest e-publisher of science fiction in the world and has grown to encompass 8 imprints which doesn't seem shabby to me at this stage. Heck...what do I know about publishing? I do feel a little more validated though. Agents only ever gave me basically eight sentences to win them over. As you can see, my eight sentences suck. But when a real world editor actually read my book, he liked it, and decided to invest in me. Some of their authors have hit as high as #53 on Amazon.com's list of books. I think that's pretty decent and shows they get behind their writers. Anyway, seeing as my book is science-fiction...and this seems to be a strong science-fiction centered publisher, that maybe my book is best here after all. What do you guys think?
Posted by Michael Offutt, Phantom Reader at 1:05 AM