On last night's The Flash, Diggle (who was a guest star crossover from team Arrow on Wednesday's) helped Barry nab King Shark. During the end sequence (clearly an homage to Jaws), Dr. Wells said that the container they had standing by to "hold" King Shark was made of "promethium metal." It got me thinking, why do comic books come up with fictional metals? Well the answer is pretty obvious if you think about it. Fictional metals have to have "super" qualities to match the "super beings" that star in the stories which take place in the universe. It's part of the whole world-building thing. So that being said, here are some of the fictional metals I could think of that have appeared in DC or Marvel television shows and/or movies (leaving off kryptonite because that's too famous and everyone has heard of it): 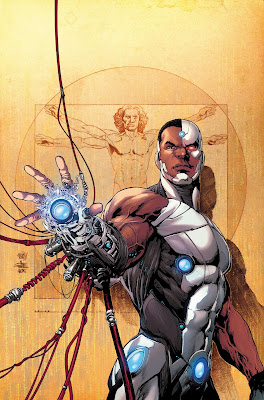 1) Promethium Metal.
Origin: DC Universe.
Properties: Promethium is nigh invulnerable. The bionic and cybernetic components of Cyborg (the Teen Titans) are made of promethium metal. Promethium is also capable of generating and absorbing near-limitless amounts of energy, and so can be used as a power source for many gadgets. However, this "volatile promethium" is a dangerous mutagen that can be used to mutate living beings or trigger their metagene. It was used in the creation of the super-powered criminals known as Hybrid. Deathstroke the Terminator's mesh armour, sword and staff are made (either wholly or in part) of volatile promethium. He is likely able to use these weapons without suffering the negative sides effects as a result of his healing factors. 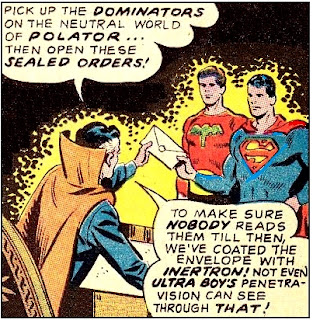 2) Inertron.
Origin: DC Universe.
Properties: This fictional metallic chemical substance found is the hardest, densest substance in the DC universe, and is often used by the Legion of Super-Heroes in the 30th century. Inertron is frequently described as indestructible and impenetrable. However, this only applies to regular humans, lesser super humans and 30th century known technology. On some occasions, Superboy and Mon-El could break an inertron container by using all their strength. 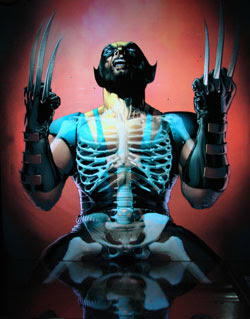 3) Adamantium/Vibranium.
Origin: Marvel Universe.
Properties: Adamantium is a virtually indestructible steel alloy named after the fabled metal Adamantine of Greek mythology. The metal has its origins in the work of American metallurgist Dr. Myron MacLain during World War II when the U.S. government assigned him to military research and development. Through a metallurgic accident, MacLain created the indestructible Vibranium-steel compound that was used to create the shield used by the super-soldier Captain America. MacLain spent decades attempting to duplicate the process, and although unsuccessful, he instead created True Adamantium in the 1960s.
Extraordinarily expensive to produce, Adamantium is created through the mixing of certain chemical resins whose exact composition is a closely guarded government secret. For eight minutes after the resins are mixed, Adamantium can be molded if kept at a temperature of 1,500 degrees Fahrenheit. Its extremely stable molecular structure prevents it from being molded further, even if the temperature remains high enough to keep it in liquefied form. Hardened Adamantium can only be altered by rearrangement of its cellular structure. Given sufficient mass, Adamantium could survive a direct hit from a nuclear weapon or a blow from the most powerful superhuman. The only known substance able to pierce Adamantium is the compound known as Antarctic Vibranium, also called "anti-metal". Wolverine's skeleton is dipped in adamantium (you would know this if you saw the movies). 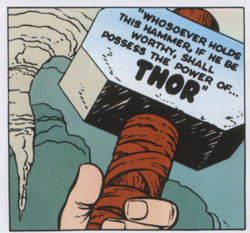 4) Uru.
Origin: Marvel Universe.
Properties: Uru is a Norse super-metal. Mjolnir (Thor's hammer) is made of from it. Basically, this metal absorbs magic like a sponge. 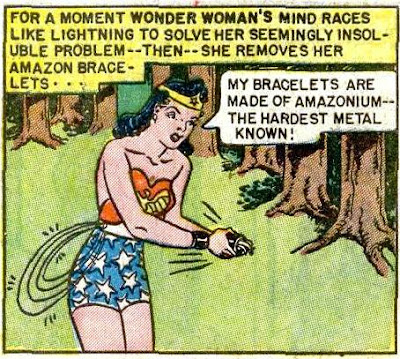 It's a short list and I'm sure there are some that I didn't touch on, but I think this gets down the basics (at least of what I remember). So what about you? Are you someone that makes up fictional metals for your stories? And if so, what are their properties?

Email ThisBlogThis!Share to TwitterShare to FacebookShare to Pinterest
Labels: A short list of the fictional metals and their properties that appear in DC and Marvel screen adaptations as inspired by The Flash, fictional metals