Big Hero 6 shows that Disney is willing to give it another go with diversity in its films. I hope it does really well. 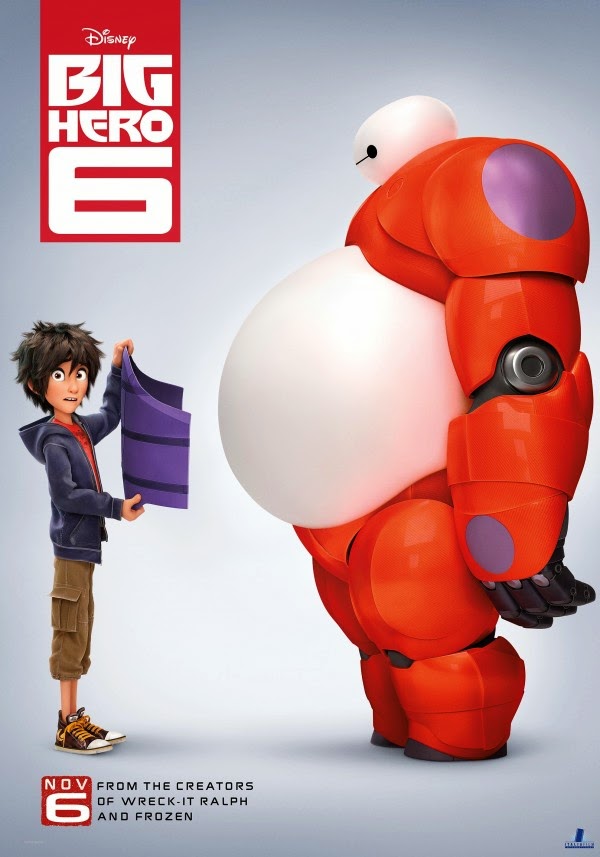 Is it possible that Disney finally got the message that diversity in its films is actually good? The newest film from the animation studio is Big Hero 6, and from the looks of it I'm going to like it. However, as my taste doesn't necessarily predict "blockbuster" status, I'll simply say that I think the trailer is amazing even if it never conquers the records smashed by Frozen (which left me somewhat nonplussed). Guys, I'm seriously doing a happy dance that I'm seeing Asians, Blacks, and all kinds of people of color in this show. What a breath of fresh air.

So the main character is a tech wizard (and a boy) by the name of Hiro. So yeah...an Asian kid that's also a nerd. Nice right? When Hiro's brother dies, he inherits a robotic helper named Baymax. For the rest, I think you should just take a couple minutes and watch the trailer and decide for yourself. I think its filled with funny lines and images and seems to have that uplifting feeling that I like when I watch movies of this nature. And it's fun that Baymax is fat and basically serving in the role of "hero." I like that. It almost makes me want to "clutch the pearls."
Posted by Michael Offutt, Phantom Reader at 6:58 AM

Email ThisBlogThis!Share to TwitterShare to FacebookShare to Pinterest
Labels: Big Hero 6, Big Hero 6 shows that Disney is willing to give it another go with diversity in its films