To those of you who ask if Game of Thrones will ever eclipse Tolkien, the answer is that it's done that already. 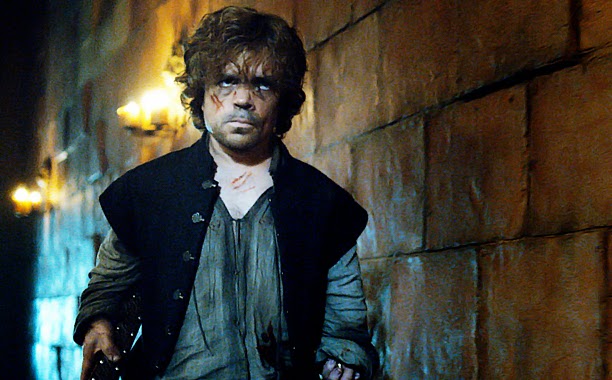 Game of Thrones brought to a conclusion its best season yet last night. And as the credits rolled across the screen, I decided that this is one story that really does well as a series rather than a movie. For one, a movie would never have time to follow along with each point of view character. And second, the conversion to film breathes a different kind of life into written words. For example, music makes certain scenes greater than they actually are because of the emotional impact, and a skilled director can bring together certain pairings in the narrative that you don't see when you're reading. The final episode of season 4 was called "The Children." And it really is perfect, because the children in the story are making their impact known in every single storyline from Westeros to the far North and to the shores of Mereen.

I guess I was moved by last night's episode. As the music played and Varys gazed up at the Red Keep and heard the bells toll for what could only be something absolutely terrible that Tyrion had wrought, he silently turned his back and got on board the ship that originally was meant only for Tyrion's escape. Seeing Varys do this was emotionally powerful, because we knew just as he knew that there was no going back. Not if he valued his life. I suppose the saying goes, when one door closes another may open and Varys, if anyone, has the keys to many doors. 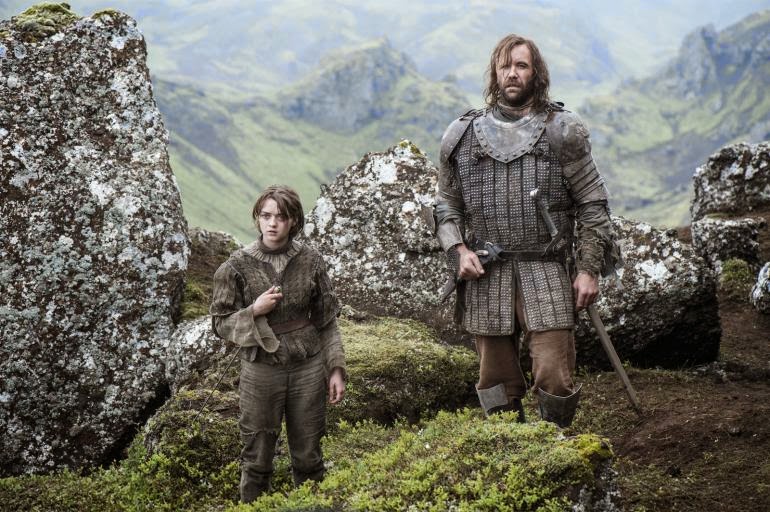 And then the story shifts to Arya who willingly departs from someone that offers safety to pursue her own way in the world. Nothing good can come from someone filled with so much hatred. But this doesn't change the fact that Arya has suffered many wrongs and has every reasons to fully worship and embrace the teachings of the god of death. Perhaps this is a lesson about life. That children are sculpted by the experiences of their childhood and when terrible things happen to the young, they carry these things with them into adulthood and become a curse upon the world. 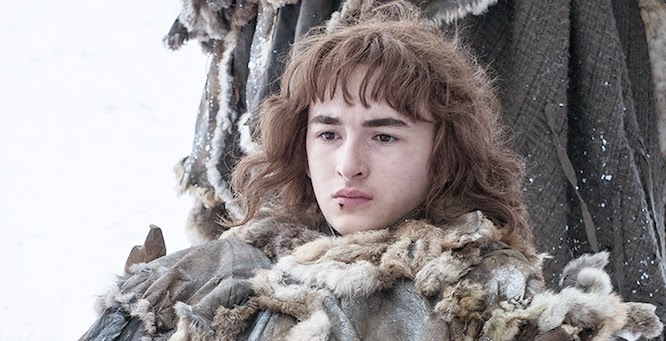 And then there's Bran. When I'm reading the books, I really dread the Bran chapters. They never go anywhere and for the most part are filled with too many "Hodors" for my taste. But in the show, this character is interesting because they truncate all the things that irritate me into a cohesive story about a child looking for a way to help his family. Bran is pursuing the truth behind his powers, clinging to the only thing that gives him strength: the ability to warg. And his quest came to an end in last night's episode in the care of the Children of the Forest (who just might be cannibals if you ask me). Well "cannibal" might be a misnomer as the "children" are clearly elves without calling them that. So maybe I should just say, "slightly inhuman humans who may just find regular humans to be as tasty as pie."

In both book and film, Bran is so far North he might as well be lost to the world. There, surrounded by the same necromancy that animates the White Walkers, an undead horde tries to get at him in a cave that's protected by the magic of the Children of the Forest. On a floor full of human bones that does not bode well for Hodor and Meera Reed (because well...children need to eat), we are left wondering what Bran could possibly do to "fly" in this place. But the Tree he has come to see assures him that he'll fly. I just wonder if it's going to be in the guise of one of Daenerys' dragons.

And Daenerys' dragons are probably the most troubled of the children. We kind of knew it was coming, even if you don't read the books. The foreshadowing earlier in the season of Drogon rising upon huge wings over the shepherd innocently tending to his flock was a hint that sooner or later, the greatest of Daenery's dragons would start to lunch on easy prey. So Daenerys did the responsible thing: she locked her children up for the safety of her people. She's a ruler true and true, and knows that her first responsibility is to protect the people that look to her for leadership.

I think we are at the midpoint of the story now. It's all downhill from here, and I'm sure its going to be a thrilling ride. I expect the next seasons to reveal things that I haven't read yet, and it really is exciting. I've got to hand it to George. He's got the most popular show that HBO has ever had in its entire history with 18.5 million people tuning in to watch each new episode. Game of Thrones by every which way you can measure a story IS a phenomenon. A friend asked me in the car, "Do you think George R.R. Martin will ever eclipse Tolkien?" My answer, "He's done that already. The width and breadth of Game of Thrones, and its effect on pop culture is pretty much immeasurable."

Wouldn't you agree? If you have time, listen to the song "The Children" from last night's episode. It has a nice melody and reminds me of the greatness that can happen when film and music come together to make art.
Posted by Michael Offutt, Phantom Reader at 12:06 AM

Email ThisBlogThis!Share to TwitterShare to FacebookShare to Pinterest
Labels: Fantasy Soap Opera, George R.R. Martin, HBO's Game of Thrones, To those of you who ask if Game of Thrones will ever eclipse Tolkien the answer is that it's done that already, Tolkien