So in other news I saw the next billion dollar movie. How To Train Your Dragon 2 is a masterpiece. That is all. 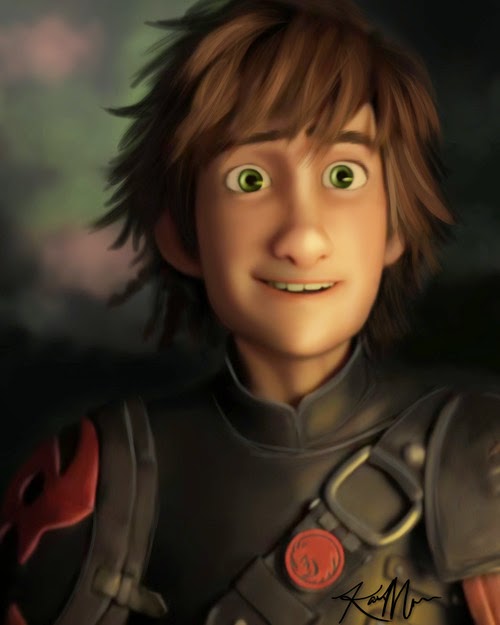 A few years ago, my friend James was in town and he wanted to see a movie. He suggested that we see the new Nightmare on Elm Street remake. But I dissuaded him of that (I had an inkling it would be terrible) and instead suggested that we try out How To Train Your Dragon. He agreed because we are both fans of Renderman, Maya, Alembic, and Open VDB (these are names of software packages used to animate some incredible films) and how computers have been utilized to essentially transform the cartoon industry, if not the movie industry as a whole. Of course we both loved it. HTTYD remains one of the best films we've seen together, and it was probably one of the most memorable experiences we've had in our long friendship.

Well Dreamworks' latest endeavor, How To Train Your Dragon 2, is an even better production (and that really is saying a lot). As the credits started rolling in the movie theater last night, I realized I was flooded with feelings about this film that are pretty rare...those kind that bubble to the surface and make me realize that I've just witnessed something awesome, something wonderful, that had everything from humor, to adventure, and to loss. I was pretty speechless, which for me is saying a lot.

How To Train Your Dragon 2 is the kind of movie franchise that comes along in a single generation. Together, the two films are better than anything Pixar has ever put out. Pixar is of course a better animation studio overall because everything else that Dreamworks puts out is comparably worse to every other Pixar product with the exception of maybe Cars. But the story writers behind the How To Train Your Dragon sequel have composed a masterpiece, and its animated with such incredible skill that every frame is something I just want to savor for its sheer beauty.

The How To Train Your Dragon sequel gave me everything that I wanted. I saw the characters grow, I saw new dragon species, I saw dragons as large as kaiju (which is pretty damn ridiculous), I saw the next evolution of Berk, there was humor, there was joy, and there was sadness. In every sense of the word, How To Train Your Dragon is a coming of age story, and I really loved it. There are inevitable comparisons that I made in my head about the relationship of Hiccup to Toothless and Elliot to E.T. (an eighties film a lot of you have probably not seen). But if you have seen E.T., you might see some of what I'm talking about in this film. You know...the good things...like the heartbreaking hug that E.T. gives Elliot at the end of that movie and how friendship and loyalty are seemingly enough to conquer anything. Even if this isn't how the real world works, I like Hiccup's more because it allows me that escape to believe in the impossible. And that, my friends, is movie magic. It's sorcery. And it's left me stunned into silence.

And now of course, I'm wondering how the t.v. series is going to be affected by the events of this amazing tale. So much has changed by the end of How To Train Your Dragon 2 that one can't help but wonder where Hiccup and company can go next. I suppose I'll have to wait like legions of others. But in finishing, I'll be shocked if this sequel doesn't become the next billion dollar movie. That is all.
Posted by Michael Offutt, Phantom Reader at 12:10 AM