Could Jon Snow be a Targaryen, Azor Ahai come again, and the legitimate king of Westeros? 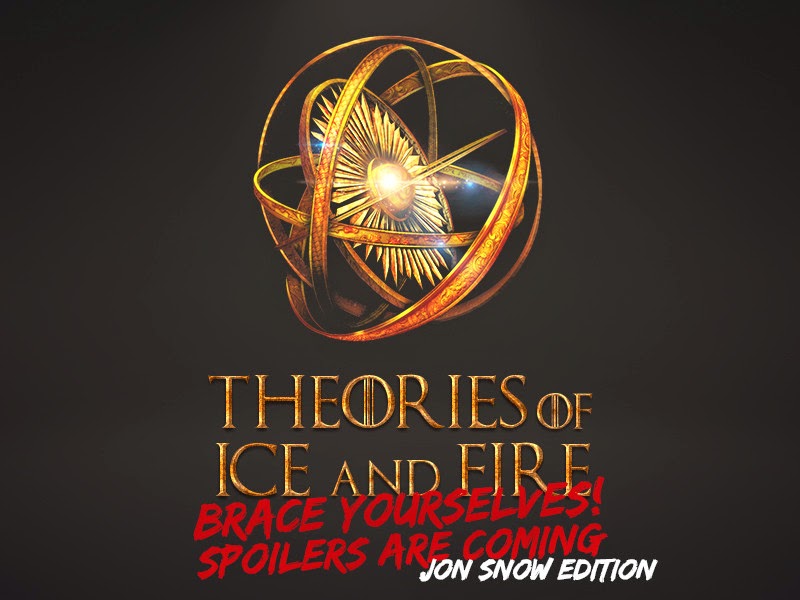 THERE ARE SOME SPOILERS HERE SO IF YOU DON'T LIKE SPOILERS, GO SOMEWHERE ELSE TODAY.

We are almost at the end of the 4th season of HBO's "Game of Thrones," and there's been a lot to chew on this time around, especially with the few spoilers that have creeped into the narrative thanks to showrunner insight from David Benioff and D.B. Weiss. In last night's episode, Aemon Targaryen (who serves as the Maester for the Night's Watch) started to wax poetic to Samwell Tarley about his youth, in particular the pretty girls that once courted him because (like his brother Rhaegar), he was only a step away from the throne itself. He describes a woman of great beauty that captured his imagination but fails to name her for whatever reasons. It made me think of Lyanna Stark, and it got me to pondering about a mystery in the books that has been consuming my mind for several years now: who are Jon Snow's actual parents?
Yes, I know that the honorable Ned Stark is supposed to be Jon's dad. However, I don't subscribe to the fact that Jon Snow is Lord Eddard Stark's bastard. I think Ned was an honorable man, and he would have never cheated on Catelyn Stark. And I mean NEVER! What I know of Rhaegar has been colored somewhat by Robert Baratheon's opinion. But everyone outside of King Robert Baratheon seems to think of him as an example of what a "true prince" might be. Here are the facts as I know them:

1) After the tourney of Harrenhal, Lyanna was made Rhaegar's Queen of Love and Beauty. Afterward, they both vanished together for a long while. Hmm, where did they go and what were they doing?
2) Lyanna's betrothed was Robert, and she didn't want him for a husband despite the fact that he loved her so much. When Lyanna disappeared, Robert assumed that it was without her consent (naturally) so he made up this story that Rhaegar kidnapped Lyanna and raped her to convince himself that this woman that he loved so much wouldn't/COULDN'T dare love another man. It's just not possible, right?

3) After Robert killed Rhaegar following the rebellion, Ned went to the Tower of Joy to look for his sister Lyanna, and he found it guarded by three Kingsguard. What the hell were these men doing there when they could be just about anywhere else? At Rhaegar's side? With Viserys (the eunuch) at Dragonstone, or in exile accompanying Viserys and Dany. It doesn't make any sense unless you assume they're there to protect a royal prince. Think about it: if Lyanna had given birth to a baby, a.k.a. Jon Snow, then they'd be sworn to protect him. Especially true because the Mad King and his family had been butchered, and Rhaegar himself was now dead. I think Rhaegar married Lyanna in a secret wedding, fathered a child with her, and she gave birth to a legitimate son and not a bastard. This would have made Jon heir to the Iron Throne, right?
4) Lyanna died in a bed of blood. Childbirth gone wrong perhaps? I think that bringing Jon Snow into this world killed Lyanna, and she used her last breath to make Ned swear that he'd protect her son. At that point, I think Ned made up the whole story of Jon's ignoble birth and this is why he never described the woman he supposedly "cheated on Catelyn" with to his friend, Robert Baratheon. To do so would have sentenced the child to death.
5) The Prince that was Promised. This is a prophesied leader that foretells the coming of a hero to deliver the world from darkness (think Azor Ahai reborn). A bleeding star is supposed to herald the coming of the prince (well that's the comet in the sky), and the prince is said to have a song (well wolves have a song). Melissandre of Ashai also says, "When the red star bleeds and the darkness gathers, Azor Ahai shall be born again amidst smoke and salt." Well when Jon Snow is stabbed to death at the end of A Dance With Dragons, the men doing so are crying (salt in tears) and there is plenty of smoke from all the fires they've had at Castle Black. And last (but not least) the "Prince that was Promised" must be "Of the Blood of the Dragon." Melissandre has interpreted this as being Stannis because he rules from Dragonstone. I think it's Jon Snow.

And regarding Martin's cliffhanger at the end of A Dance With Dragons (curse you George!), there's no way that Jon Snow is dead forever...not in the same way that Ned Stark is dead. Rather, I think Jon's going to be reborn (which fits the Azor Ahai and the whole Prince that was Promised prophesies above) because this is the only way he can leave his vows. Please recall that when a crow dies, the brothers of the Night's Watch end the eulogy with the words, "And now his watch is ended."

AZOR AHAI COME AGAIN:
According to prophecy in the ancient books of Asshai (think Melissandre here), Azor Ahai is going to be reborn to challenge the Others (the White Walkers). Wielding Lightbringer once more, Azor Ahai will stand against the Others and if he fails, the world fails with him. Well, "The Others" has pretty much been Jon Snow's storyline since day one.

"There will come a day after a long summer when the stars bleed and the cold breath of darkness falls heavy on the world. In this dread hour a warrior shall draw from the fire a burning sword. And that sword shall be Lightbringer, the Red Sword of Heroes, and he who clasps it shall be Azor Ahai come again, and the darkness shall flee before him."

George R.R. Martin has already broken out just about any kind of magic that you can in his books. We've seen dragons, resurrections, and the undead just to name a few. I wouldn't put it past George to have killed Jon Snow off on purpose at the end of A Dance With Dragons merely to bring him back so that he can eventually rule Westeros, perhaps as a partner of Daenerys who has an even more legitimate claim to the throne than Jon? Targaryens, afterall, are known to marry one another. This would of course mean that eventually Dany will have to forsake her current marriage to Hizadhr zo Loraq who brought peace to Mereen for a period of 90-days. Either that, or we can add Hizadhr to the long list of characters who are doomed to die before their time. Ah well, it's lovely to think about all this backstabbing and plotting, isn't it? I really wish that I had The Winds of Winter to keep me busy in this one year gap to the next season of the show. Sigh.
Posted by Michael Offutt, Phantom Reader at 12:21 AM

Email ThisBlogThis!Share to TwitterShare to FacebookShare to Pinterest
Labels: Azor Ahai come again, Could Jon Snow be a Targaryen, HBO's Game of Thrones, House Targaryen, Theories of Ice and Fire