The world has seen its first trillion dollar idea 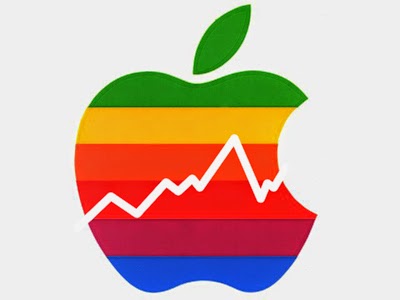 Anyone fortunate enough to get one of these ideas should thank their lucky stars that they had the "genius" and inspiration to execute it. I say (tongue in cheek) that this is true UNLESS you're republican. In that case, you should just fall back on the hubris that comes oh-so-naturally and proclaim to the world, "I came up with this idea and executed it and you can too. You just need to stop taking government welfare and pull yourself up by your bootstraps."

And let's not even concern ourselves with million dollar ideas. Those are aired on every episode of "Shark Tank," although to be fair...a lot are shot down by the sharks (and justly so). As an aside, I think everyone should watch Shark Tank, doubly true if you're someone that thinks "I'm clever and I have an idea worth millions." Chances are, you're not as clever as you think, and you have no idea what a good idea even looks like. Here's your "I'm doomed to the middle class" card. Now settle in to being mediocre like the rest of us.

Now, just to be clear, the intent of my post is not to metaphysically defecate on too many republicans out there who live and die by the mantra: "the reason you are poor is because you're lazy!" Rather, I want to talk about what Apple has done that other companies can simply not do at this time. Yes, I'm going to talk about "the impossible" and how one company does it every single quarter. Even more astonishing is the fact that "doing the impossible" now garners "yawns" from people who don't recognize it for being mind-blowing and extraordinary at the same time.

Last week, Apple reported earnings for the first quarter of 2014. In just three months (12 weeks) they sold enough of their products to bring in $47 billion in profits. This not only blew away Wall Street expectations that believed the tech company would produce only a meager $42 billion, but reaffirmed their position as the most profitable company in the world.

If you're a Google fan boy, then here's a comparison for you: Google reported earnings of $3 billion for the same time period. They dominate the search landscape and experienced revenue growth of 19%! Everyone that has been online is reading about Google buying up other companies, continuing to innovate, and their employees get some of the best perks in the world. All of this is because Google is flush with cash. Yet they make almost 14X less than Apple does for the same time period. They are a minnow compared to a whale shark. How's that for perspective?

To say I'm in awe of Apple is an understatement. My jaw hangs open because it's inconceivable to me that someone could have an idea worth $1,000,000,000,000. Literally, fifteen "ideas" like the iPhone would entirely pay off our national debt. Making $200 billion a year on their products, it only took Apple five years to hit the $1 trillion mark. Sure, they've spent a lot too which leaves their cash hoard in the bank at a mere $200 billion that they can use to invest in whatever they want to invest.

Here's what Apple did in their earnings call last week (summarizing Tim Cook, the Apple CEO's, words): 1) A stock split of 7 shares for every 1 share in existence effective in June, 2) an increase to their dividend of 8%, and 3) a stock buyback increase from $60 billion a year to $90 billion a year. Wow! Most companies are lucky to be able to afford to buy back $1 billion of their stock. Apple's numbers are just plain ridiculousness. To misquote Weezer from Steel Magnolias, "Apple has more money than God." 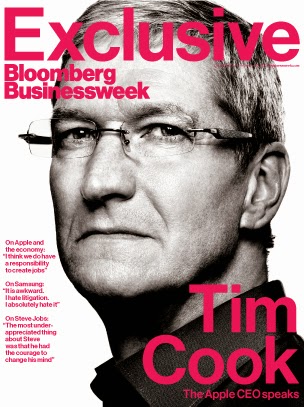 It's these kinds of things that get my tongue wagging. In particular, the 7 to 1 stock split is curious. Why? I think it's to lower the stock price which is now at roughly $600 a share to around $70 a share which would make it fit very nicely into the Dow Jones, which is a very snooty Index (and the oldest) and only has 30 stocks in it. That's 30 companies that are cherry-picked for their power and influence in the American economy. Lots of people think that it's a barometer of how well our country is doing. If the Dow sinks, then the economy is sinking too (or at least that's the idea). But if Apple is invited into the Dow Jones, what stock gets the boot? Perhaps the cue was in (again) Tim Cook's words in his conference call when he (more or less) said, "I'd like to welcome Microsoft to the app store. We like it when companies take an opportunity to explore technology." In other words, the jab at Microsoft was more than obvious.

A lot of people have given CEO Tim Cook grief by accusing him of being "boring" and implicating that "boring" is the death of all tech companies. Sure, he isn't another Steve Jobs but there will never be a replacement for Steve. And when it comes to trillion dollar ideas, I think one comes along (if ever) once a century from this point forward. Seriously. Expecting a person, group, or even company with limitless money to squirt out another trillion dollar idea is just stupid. Be appreciative that you live in a time when you actually saw a trillion idea birthed into the world. It's probably as rare as seeing Haley's comet with the naked eye. Most of us will ever recall but one in our entire life. And that's just how I see it.
Posted by Michael Offutt, Phantom Reader at 8:26 AM