Cliffhanger endings and unsolved mysteries reveal an uncomfortable truth: no matter how adamant our opinion behind our eyes lurks insecurity and doubt. 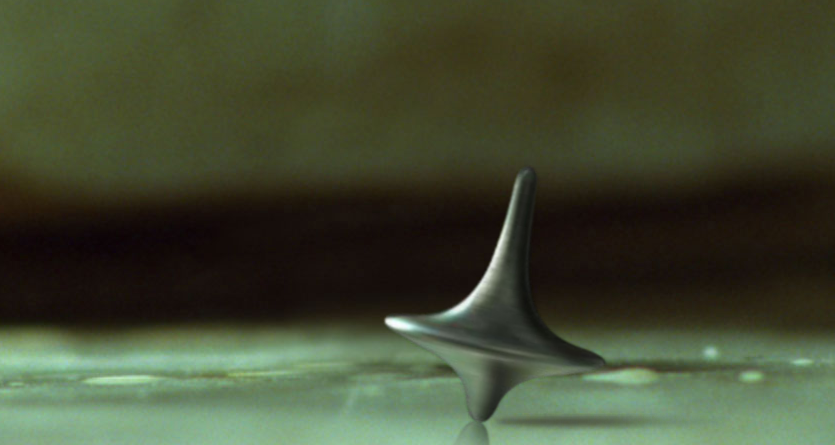 I want to talk about writing. Weird, huh?

It occurred to me as I was thinking about my White Walker post earlier this week that one of the things that keeps me coming back to George R.R. Martin's books are the unsolved mysteries. My mind yearns for answers, yet if I were to actually get them I'd swiftly grow bored and move on. But there's a curious thing that happens right before resolution: it's this desire to be validated about my theories as if my own opinion about something isn't enough. And it's something that I think all of us feel, which is why cliffhangers and unsolved mysteries have such a hold on us as human beings.

Take for example the movie "Inception." The ending is wide-open for interpretation and has been the root for countless argument between couples. Is the top going to spin forever thereby indicating that Leonardo's character is stuck in a dream? Or is the top going to topple over, thus proving that Leonardo is in the real world. The camera cuts (frustratingly) away from this scene before a resolution is delivered. And no matter who you ask, there's always an opinion. However, all of these opinions have one thing in common: they don't really trust themselves. In other words, they'd like the director to give them a final answer and "validate" what they believe. But if this were to happen, then some of the magic of the story would be gone.

This is one documented reason why Stephen Spielberg was so resistant in making changes to "Close Encounters of the Third Kind" despite studio pressure. The master craftsman that he is, Spielberg knew that if people were allowed to see behind the curtain, that his film would somehow be diminished. And this is exactly what took place. Getting a view inside the interior of the mothership is the same as looking upon the Wizard of Oz and arriving at the realization that he's nothing but a Kansas con man. How many people were disappointed by this as children? I know I was. But when it came to "Close Encounters of the Third Kind," lots of people wanted an answer because they didn't trust their opinion of what took place. It's just another sad case of people wanting it to be real only to be reminded that reality oftentimes disappoints.

So are we hardwired to always care what other people think? Are we always going to doubt our own opinions unless it is validated by someone else? The answer biologically may be yes because we experience a reward sensation in our brains when meeting with another's approval (as seen in M.R.I. scans). If this holds true, then a skilled writer should be able to craft each chapter in such a way that it ends with an unsolved mystery or some kind of cliffhanger that forces the reader to turn the page in order to validate their own opinion. George R.R. Martin is a master of this. Me? Not so much (though I try really hard).

The critic Emily Nussbaum wrote in an essay that appeared in The New Yorker, "cliffhangers are fake-outs. They reveal that a story is artificial, then dare you to keep believing. If you trust the creator, you take that dare, and keep going." And that's just it because I think we are more apt to trust someone else than we are to trust ourselves.

I don't know if I had any kind of particular epiphany about this (or where it even came from) but it seems to me that cliffhanger endings and unsolved mysteries reveal an uncomfortable truth: that no matter how adamant our opinion, behind our eyes lurks insecurity and doubt. And that is why these two tropes keep paying off in spades. I look forward to your opinion in the comments even though I know you secretly don't trust it.
Posted by Michael Offutt, Phantom Reader at 12:01 AM

Email ThisBlogThis!Share to TwitterShare to FacebookShare to Pinterest
Labels: Cliffhanger endings and unsolved mysteries reveal an uncomfortable truth: no matter how adamant our opinion behind our eyes lurks insecurity and doubt, Writing